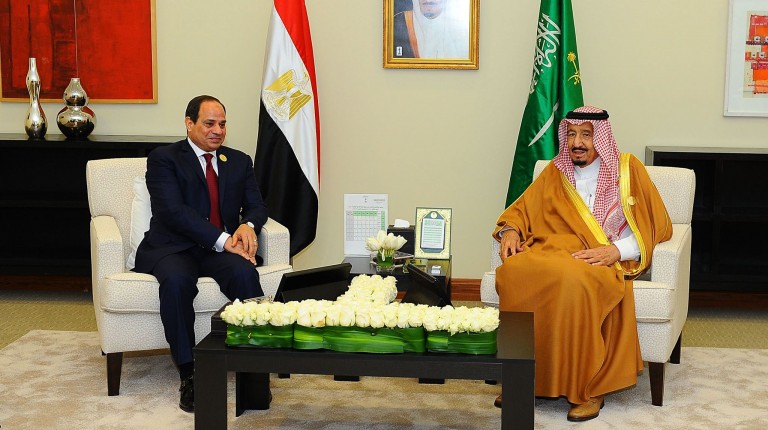 President Abdel Fattah Al-Sisi is to head to the Kingdom of Saudi Arabia on Sunday to meet with King Salman bin Abdul Aziz, as an Egyptian-Saudi summit is scheduled to take place between both leaders.

The two leaders will further discuss bilateral relations and ways to enhance them, which comes in the context of their keenness to support joint coordination.

The visit came in response to an invitation made by the Saudi king to Al-Sisi during their meeting on the sidelines of the Arab Summit held last month in Jordan and attended by leaders of various Arab countries.

Tensions have occurred between both countries as a result of the legal and judicial obstacles impeding the transfer of ownership of the Tiran and Sanafir islands to the kingdom. Also, regional observers suggested that these tensions are also due to both countries’ differing stances on the conflicts in Syria and Yemen.

During leaders’ meeting in Jordan, they discussed bilateral relations and stressed the necessity of improving them.

Last April, the Saudi king visited Egypt and they concluded the demarcation deal during official meetings. Disputes over the islands’ sovereignty continue in Egyptian courts, amid no response from Saudi Arabia so far.