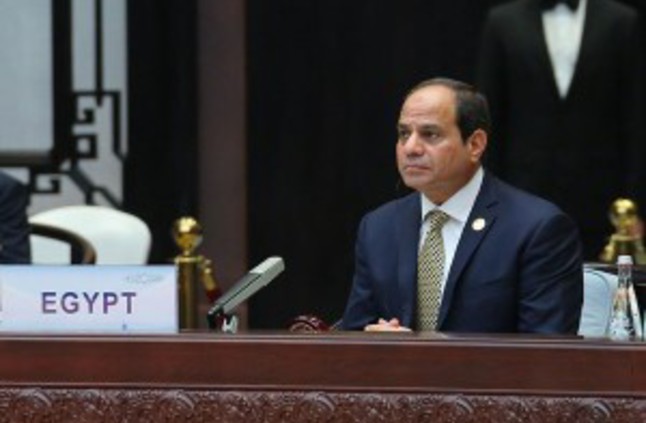 President Abdel Fattah Al-Sisi asserted Saturday the participation of Egyptian forces in the UN’s peacekeeping mission in the Democratic Republic of the Congo, as part of supporting the stability of the country in face of the insurgency by armed groups in the east.

“This comes in alliance with Egypt’s determined stance to respect the sovereignty of the republic over its lands and reject interference in its internal affairs,” Al-Sisi said in a press conference held on the occasion of the visit of his Congolese counterpart, Joseph Kabila, to Cairo.

Al-Sisi further called on the international community to increase their support to the republic in facing armed groups and end the illegal exploitation of natural resources in protection of the rights of the Congolese people, a presidential statement said.

Al-Sisi further confirmed his support to the implementation of the political agreement signed in Kinshasa in December 2016 towards a peacefully managed transition.

This new agreement followed an initial political agreement between part of the opposition and the majorité présidentielle reached in October under the auspices of the African Union facilitation, according to the UN.

Under the signed agreement, Kabila should leave power by 2017 as national elections should be held.

US navy commander in Egypt to meet senior officials