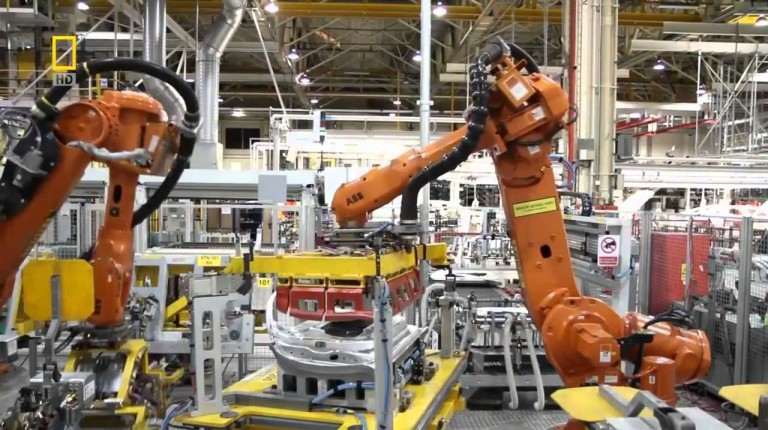 The industrial sector accounted for 27.98% of the total loans granted by banks to customers in the public and private sectors until the end of December 2016, according to an analysis by Daily News Egypt.

This is equivalent to EGP 362.015bn of total foreign and local currency loans.

The government institutions are the second largest sector in terms of obtaining bank loans, followed by the sectors of services, household, and trading, while agriculture came in last.

According to the Central Bank of Egypt (CBE), the total bank loans portfolio reached about EGP 1.293tn until the end of December 2016.

The government institutions acquired about 22.931% of the total loans, equivalent to EGP 396.605bn.

A report from the CBE showed that the services sector, notably tourism, has acquired 21.376% of the total bank loans, equivalent to EGP 276.489bn.

The household sector, which obtains most of the retail bank loans, has acquired 21.376% of total bank loans, equivalent to EGP 228.323bn.

According to the CBE, banks granted 8.042% of their loans to the trade sector, equivalent to about EGP 104.03bn.

The agriculture sector came at the bottom of the list of bank loans receivers, where it has acquired only about 1.026% of bank loans, totalling about EGP 13.273bn.

Hany Aboul Fotouh, a banking expert, wondered why the government and public entities acquired the second largest share of bank loans as they invest in rather limited activities compared to other economic sectors.

He added that it is easy for the government to obtain bank loans, as banks consider it a low risk borrower unlike other sectors, such as the agricultural sector, which has a very small share of loans.

“The loans obtained by the government are not often used for investment purposes, unlike other sectors that borrow to finance development projects that create job opportunities and help with the recovery of the local market,” according to Aboul Fotouh.

He stressed that the banks should reconsider their lending policies; otherwise, the economic sectors will be affected negatively due to the lack of financing.

Aboul Fotouh furthermore noted that the bank loans to the agricultural sector have never exceeded 1% or 2% of the total loan portfolio in banks, reflecting the banks’ lack of interest in financing this sector.

He added that “some countries are interested in the development of their agricultural sectors, such as India, whose agriculture sector acquires about 15% of the total bank loans. It reflects the state’s vision of the agricultural sector and its strategic importance in providing food security.

“Actually, banks in Egypt do not show much interest in financing agricultural projects, because they need long-term loans with high risks, whereas the banks seek to achieve fast profits, especially as the banks’ shareholders aim to obtain the highest possible yield on their investment in the banks’ shares,” according to Aboul Fotouh.

The analysis showed that the industrial sector acquired 34.544% of the total foreign currency loans, and 23.478% of local currency loans.

The government institutions acquired about 16.002% of local currency loans, and about 32.542% of loans in foreign currencies.

According to Ezz El-Din Hassanein, general manager of an Arab bank operating in Egypt, the economic development and the reduction of unemployment, inflation, and budget deficit all require an increase of local and foreign investments.

He added that the banking sector should support development projects, as the main function of banks is injecting funds and credit facilities into various economic sectors at affordable interest rates that suit customers’ needs and achieve economic growth.

“Every bank makes a list of projects and economic sectors, which it wants to finance. The public banks finance almost all economic sectors, while the private sector banks avoid funding some sectors, such as agriculture, tourism, and trade, as well as some activities such as construction,” according to Hassanein.

He explained that the banks, particularly private banks, take many preventive measures and require a lot of guarantees for loans. Moreover, they select only major customers who have large financial solvency and multi-activity projects.

Hassanein pointed out that the agricultural sector often obtain loans from the Egyptian Agricultural Bank (EAB) and public banks, as most private banks prefer to not invest in this sector.

Hassanein said that “despite the importance of the trade sector, banks finance only large investors and owners of major commercial chains and agencies.”

He stressed that the trade sector needs more funds, especially medium-sized commercial chains which have the ability to spread nationwide and increase competition. The banks should also offer loans at affordable prices to commercial chains operating in Upper Egypt and the Nile Delta governorates.

“The government sector strangely acquires 23% of bank loans, where the banks get only the loans’ interest and commission,” according to Hassanein.

He urged the banks to reduce loans granted to the government to the lowest level and direct more loans to other sectors, such as agriculture and trade.

According to Hassanein, the services and industry sectors obtain acceptable bank loans, though the industrial sector needs to double the volume of banking funds, as it contributes to achieving high growth rates and reducing unemployment.

He pointed out that some countries give priority to the services sector for its great importance, whereas this sector in Egypt still needs more funding.

“The banking sector should restructure its funds in line with the state objectives in the next phase, as the state is always keen to develop the agricultural sector, livestock, and fish farms, as well as the industrial sector, especially SMEs,” according to Hassanein.

He called on the banks to reduce their loans to the household sector, retail trade, and the government sector.

Hassanein suggested rearranging the bank loans priorities as follows: the agricultural sector, then the industrial and services sectors, followed by the trade and government sectors, while the household sector should come last.