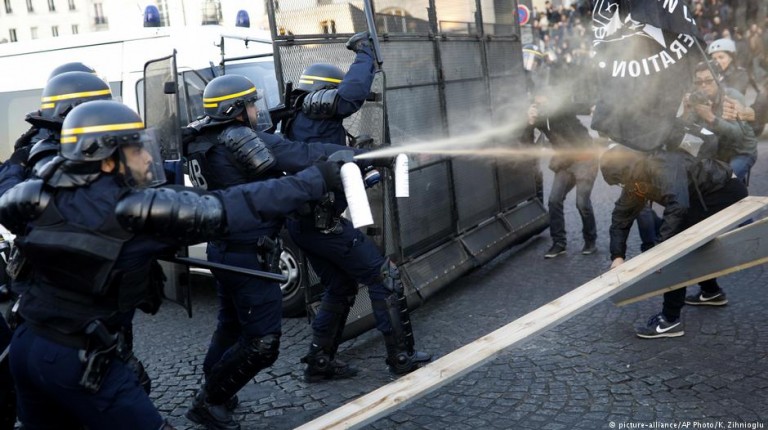 The protesters, some from anarchist and “anti-fascist” groups gathered in Bastille square – the historic site where the 1789 French Revolution began.

Some of the protesters threw firecrackers and bottles, according to a journalist with news agency AFP. Three people were arrested, police said.

One protest leader called on the crowd to rally “against Marine and against Macron.”

Another demonstrator told AFP: “We have come here to protest against the pantomime of this election.”

The Paris Prefecture of Police advised motorists on Twitter to avoid the Bastille area.

The National Front leader has attempted to clean up her party’s image, including expelling her father for his repeated remarks downplaying the Holocaust. She still insists, however, that France is at risk of cultural dilution from immigration, multiculturalism and globalization.

Le Pen is due to face off against Macron, a former banker, in France’s runoff vote on May 7.