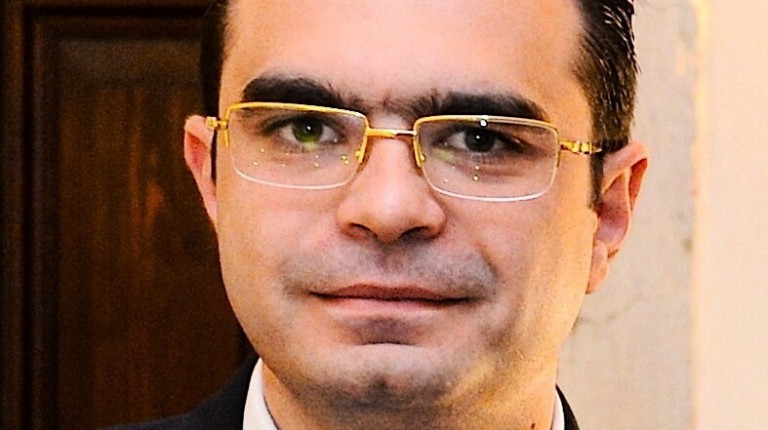 As the role of social media grows in the entire world, Arab countries are no exception. Being one of the fastest growing platforms, Twitter reflects what is happening with a thriving community of Arabic-speaking users worldwide.

To continue growing, Twitter uses a variety of methods to protect the entire platform and individual Twitter accounts on an ongoing basis. This includes the fundamentals like the use of HTTPS everywhere and security for emails from Twitter.

In an interview with Daily News Egypt, George Salama, Twitter’s head of public policy and government relations in the Middle East and Africa (MENA) who is responsible for the strategic engagement with key government and political figures, policymakers, regulators, lawmakers, and media representatives across the MENA region, pointed out that when Twitter CEO and founder Jack Dorsey tweeted about Ramadan in Arabic, it became his second most retweeted tweet ever.

He noted that President Abdel Fattah Al-Sisi is also an active user on Twitter and was the first President in the MENA region to utilise tools such as Periscope Producer.

What are the mechanisms you use to secure your clients’ accounts?

We use a variety of methods to protect the entire platform and individual Twitter accounts on an ongoing basis. This includes the fundamentals like the use of HTTPS everywhere and security for email from twitter.com. And as we’ve mentioned before, we secure account credentials using bcrypt.

We also protect access to accounts by evaluating items such as location, device being used, and login history in order to identify suspicious account access or behavior. In situations where a password has been directly exposed, users are sent a password reset notification and the account is protected until the owner of the email or phone number resets the password.

1.      Enable login verification (e.g. two factor authentication). This is the single best action you can take to increase your account security.

2.      Use a strong password that you don’t reuse on other websites.

3.      Use a password manager such as 1Password or LastPass to make sure you’re using strong, unique passwords everywhere.

How do you decide what abusive words to mute?

“Mute” is a tool that every user is empowered to use on an individual basis from their own in-app settings. It allows an account holder to mute entire accounts as they see fit, and the feature was recently expanded to allow users to mute certain keywords, phrases, or entire conversations from their notifications and timeline. You can even decide how long this content is muted for—one day, one week, one month, or indefinitely. With regards to prohibited behaviour on our platform, we have the Twitter rules, which we enforce based on reports from users.

What are the most prominent features that you have recently added?

The expansion of the “mute” tool as indicated above was an important development. We’re also continuing to improve the transparency and openness of our reporting processes. Users can now hear from us about accounts or Tweets that they’ve reported to our support teams—both when they report harassment directed at themselves or another account. Users are notified when we’ve received a report and are informed if we take further action. This is all visible in the notifications tab. We also launched “safe search”, which removes tweets that contain potentially sensitive content from search results, as well as tweets from blocked and muted accounts. In addition, we’ve introduced an array of controls to allow users to decide the types of accounts they want to receive notifications from. All of these new tools and features are designed to improve Twitter for everyone.

How can you ensure that the new features will not impact user experience?

The vast majority of the tools and features we’ve rolled out are entirely controlled by the users themselves. That’s part of our philosophy as a company—to empower people to shape their own experience on Twitter.

Would the new features be a new way for censorship?

Twitter will always be committed to showing all sides and giving everyone a voice around the world. This is built into our DNA. However, our rules are clear and we will continue to enforce them. As a company, we are committed to transparency and we publish our Transparency Report twice per year.

How do you see the demand for using Twitter as a social media platform in Egypt and across the Middle East?

We don’t have the country-specific data to share, but what is exciting is the growth in Daily Active Users (DAUs) and Monthly Active Users (MAUs), not just in Egypt, but across the MENA region. Twitter reflects what’s happening and we have a thriving community of Arabic-speaking users worldwide. To demonstrate the appetite, when our CEO and founder, Jack Dorsey, Tweeted about Ramadan in the Arabic language. It became @Jack’s second most retweeted tweet ever. President Abdel Fattah Al-Sisi is also an active user on Twitter and was the first president in the MENA region to utilise tools such as Periscope Producer, which streams high-quality live video. We’re delighted to see a growth in the number of people joining our platform and using it to communicate with the world. MENA continues to be vital to Twitter’s success.

How did you improve your customer service experience?

We have clear ways to report to Twitter and are now communicating directly with our users in-app. We’re also trialing new ways to communicate with our users via our Direct Message service from our @Support account. For our support teams, we’ve retrained our teams and expanded in key areas to make sure we’re more responsive and consistent in our enforcement. We’re also starting to employ smarter use of our technology to improve everyone’s experience of Twitter.

Has the Twitter sphere been growing in Egypt and the Arab world? What are your expectations for the future?

The future is bright. With constant product refinements, exciting new live deals, and real-time streaming directly in-app via Periscope, Twitter is going to be around for a long time to come. It’s clear that the entire region represents an incredibly exciting prospect for the company as we grow and mature as a company. With its diverse cultures and passions for everything from sports, to entertainment and beyond, Egypt and MENA are fundamental to Twitter’s future success.