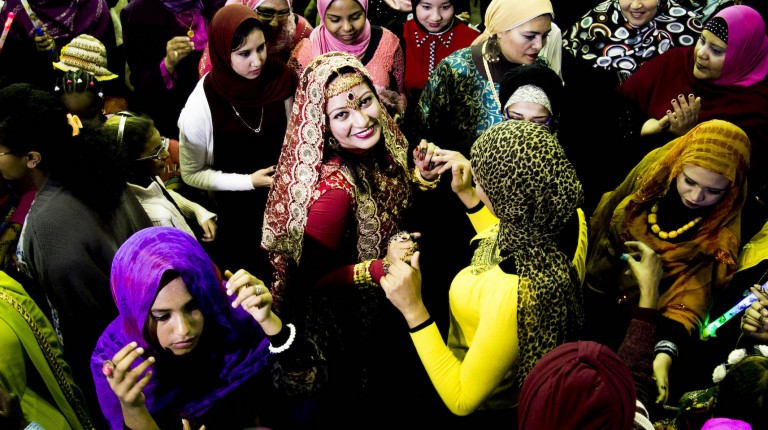 For ages, henna night has been as equally important as the wedding day. The Middle Eastern “bachelorette” party is considered the second most important life event for any girl and her female friends. The time and effort spent for preparing the henna night starts sometimes with the wedding preparations. Henna night is usually the last night the bride spends at her parent’s home. In that night, her female friends gather for dancing and singing all night long, while the “hanana” (the lady who draws henna) beautifies them with henna drawings on their bodies. Usually, females apply henna on their hands and legs, as it’s believed to enrich their beauty.

Shapes are usually flowery, connected circles that go from the finger tips to past the wrists. 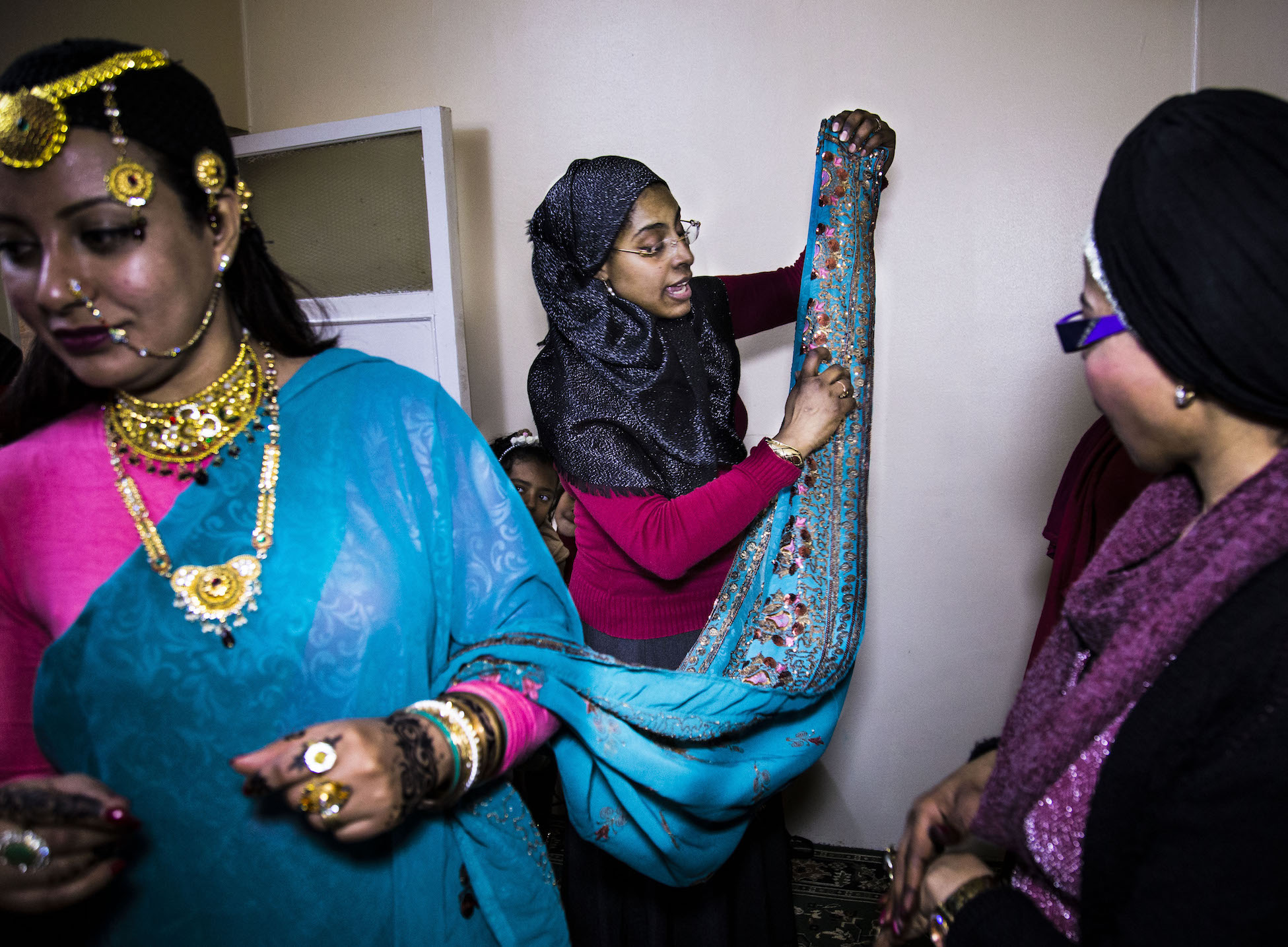 For some women, henna night is their real wedding, as they get to dance freely and wear different revealing costumes without any men around. They believe that it is more important than the mixed wedding.

Celebrating the marriage with henna night goes back the pharaonic era. Back then, henna and jewellery were the main accessories women wore. According to myth, henna night is believed to go back to the time of the Egyptian gods Isis and Osiris.

It is said that the evil god Set killed Osiris out of jealousy and chopped his body into pieces, each being put in a different corner of Egypt. However, Isis never gave up on collecting the pieces of her late husband’s body, and every time she collected a part, her hands were coloured with his blood until they turned red. 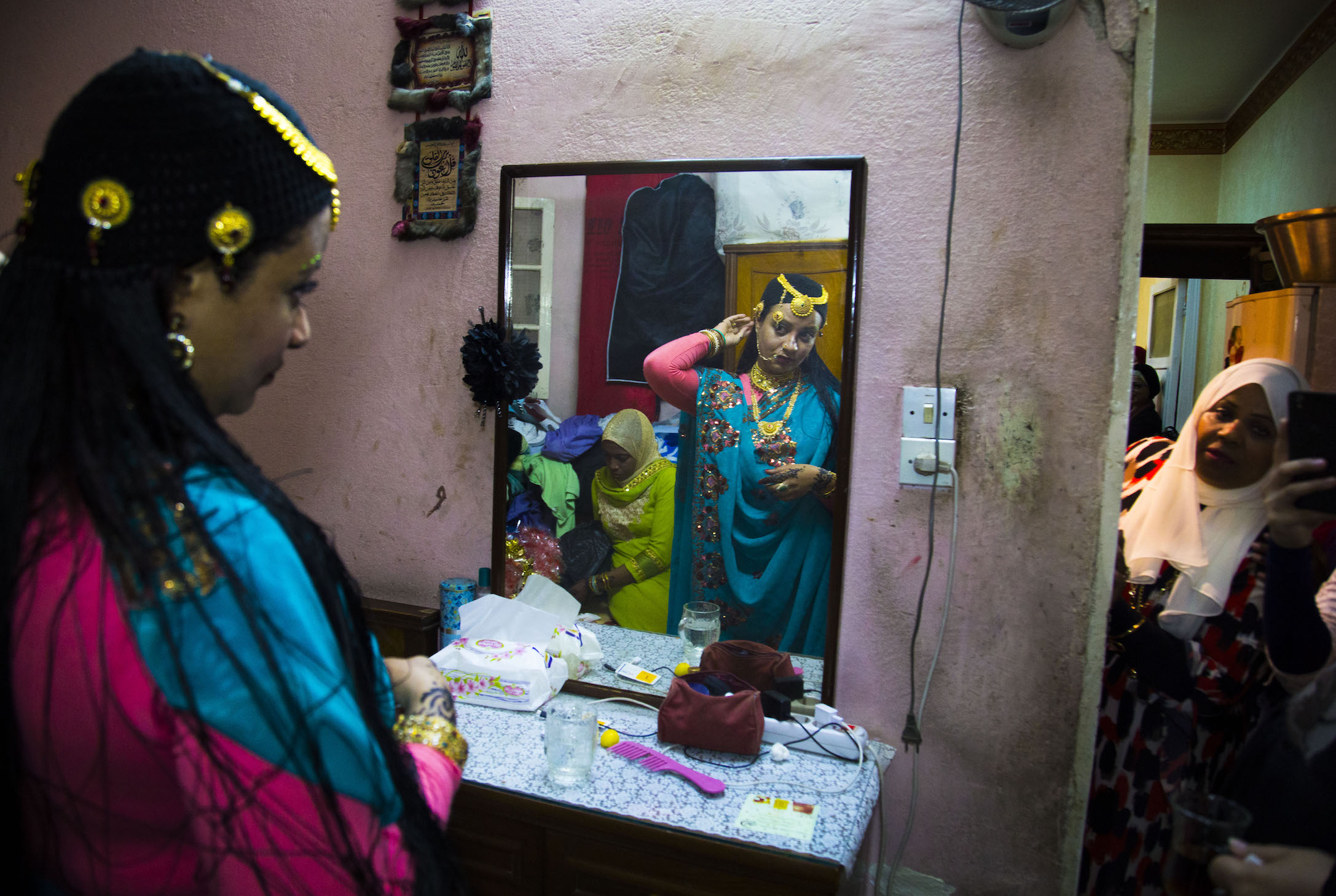 Since then, red hands are believed to be a symbol of a wife’s loyalty to her husband, and that’s why traditions are to colour the palm of the hands with henna. 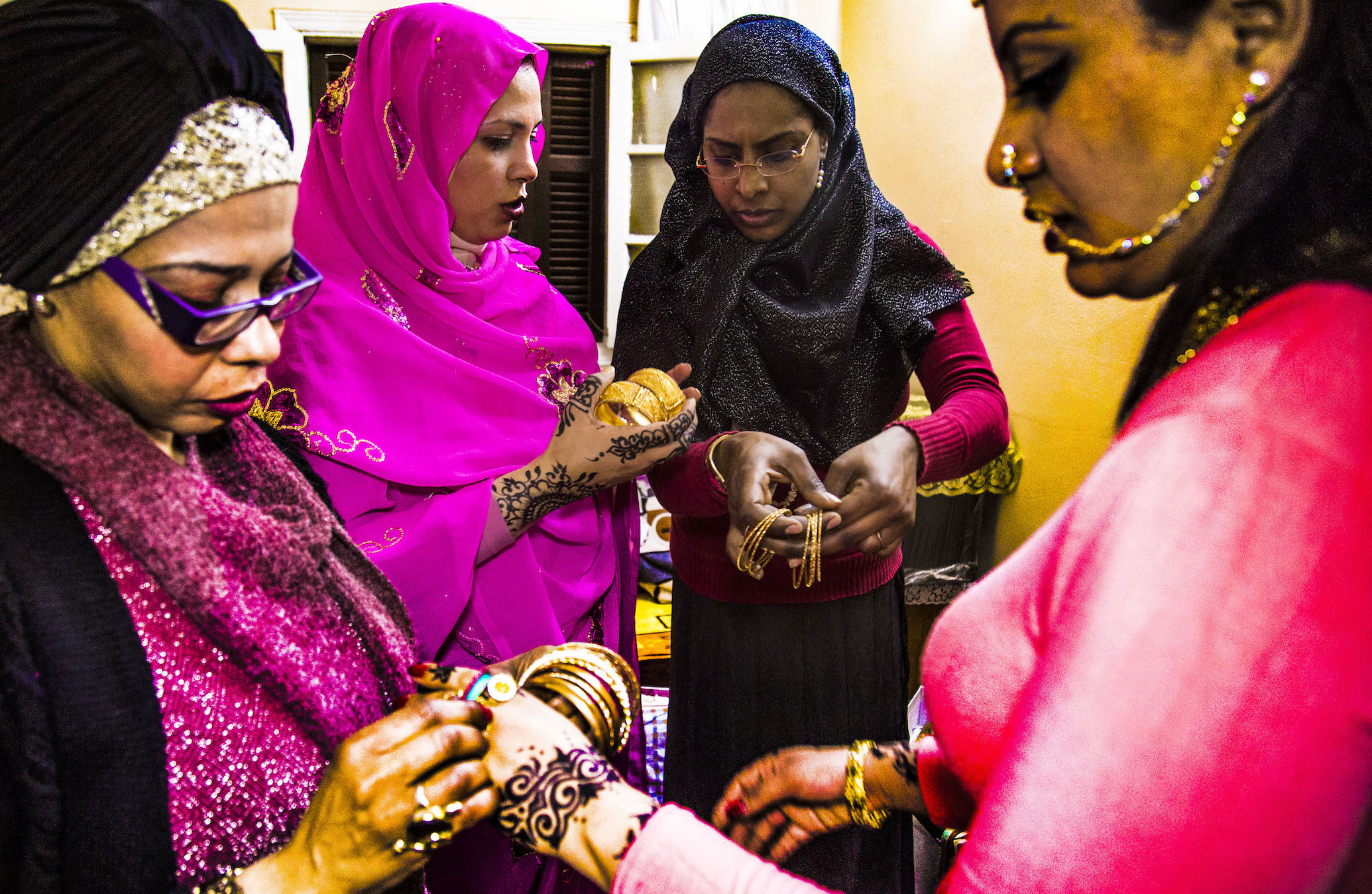 Henna is also believed to be a fertility symbol in Egypt, so drawing several henna shapes around the bride’s body is a wish from her family and friends to start a new life blessed with many children. 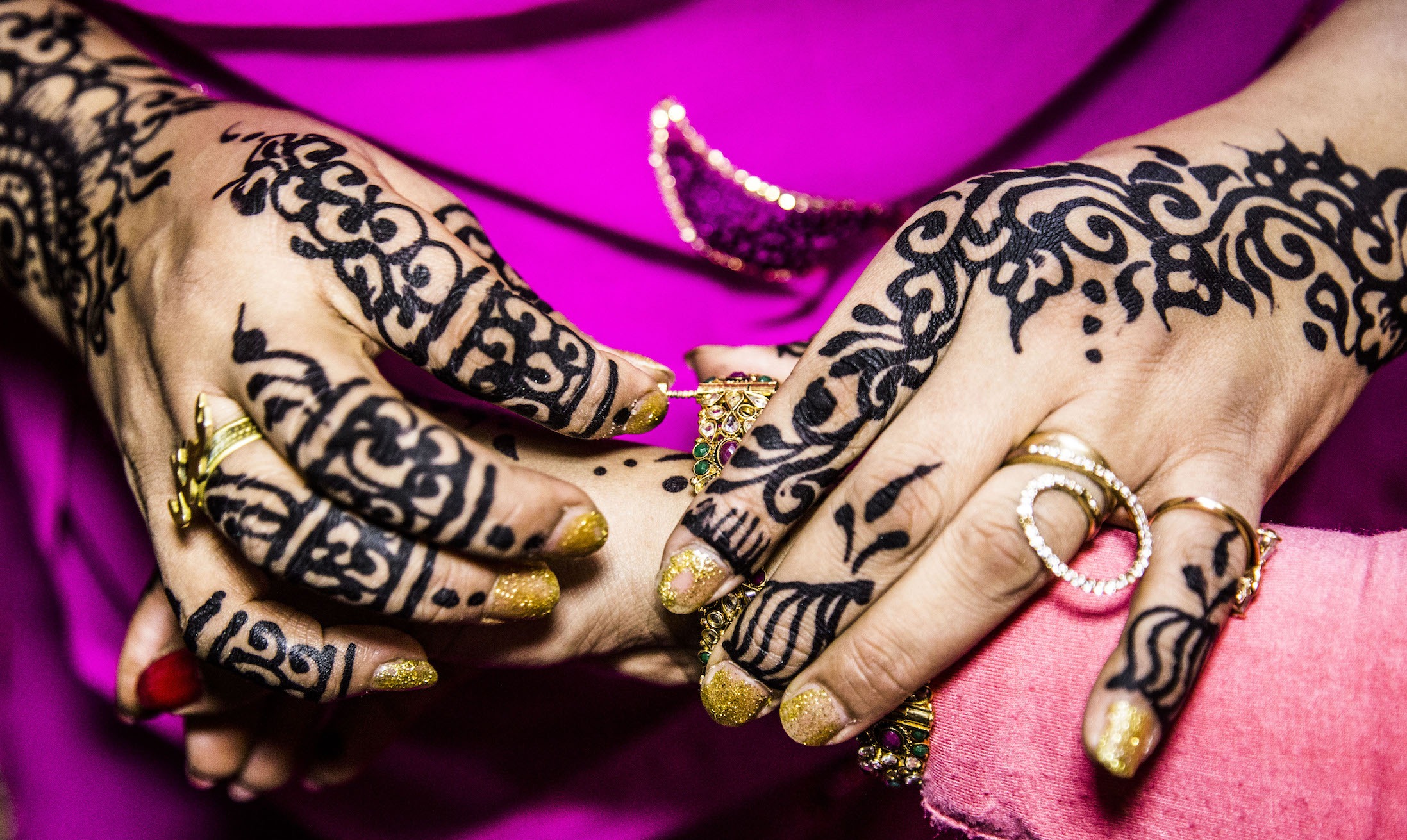 Nowadays, henna celebrations have taken different modern forms. Brides get to wear different costumes, including some from Egyptian folklore, others from different cultures, like Hindi and Moroccan outfits, and even fairytales, like Snow White. 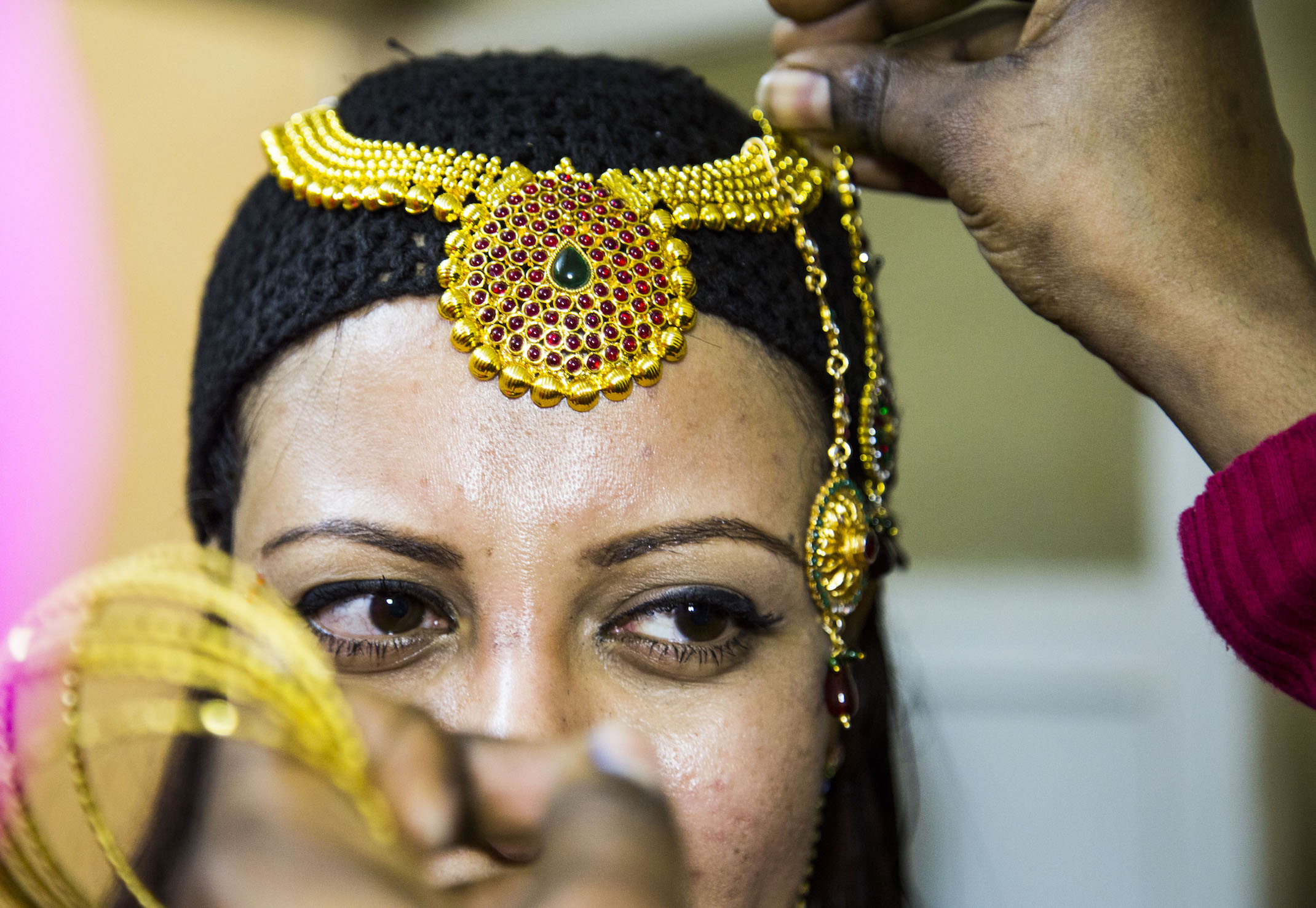 The celebration is also required to be accompanied with dinner for the guests. The cost of henna night nowadays ranges between EGP 1,000 and 5,000. 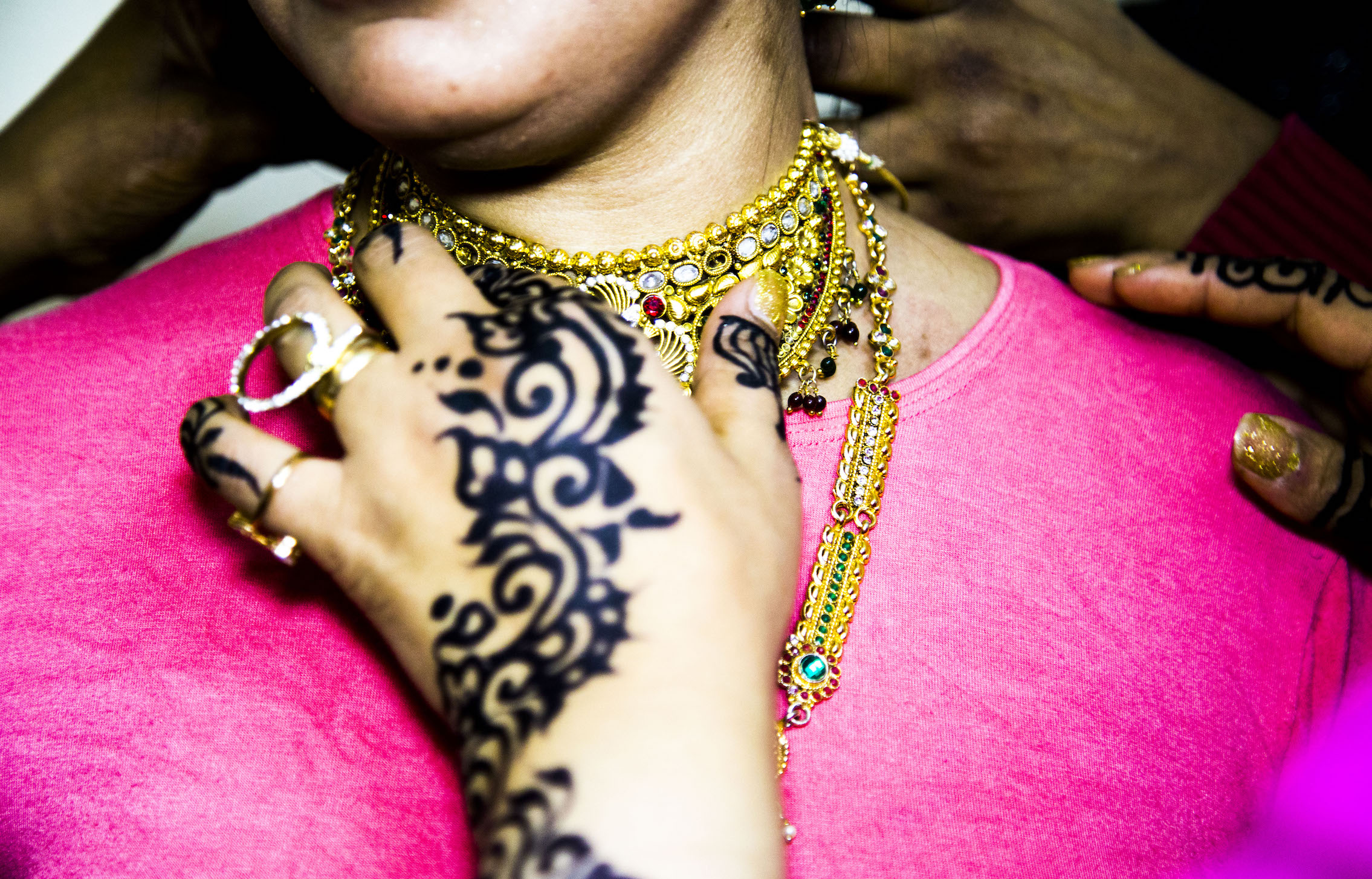 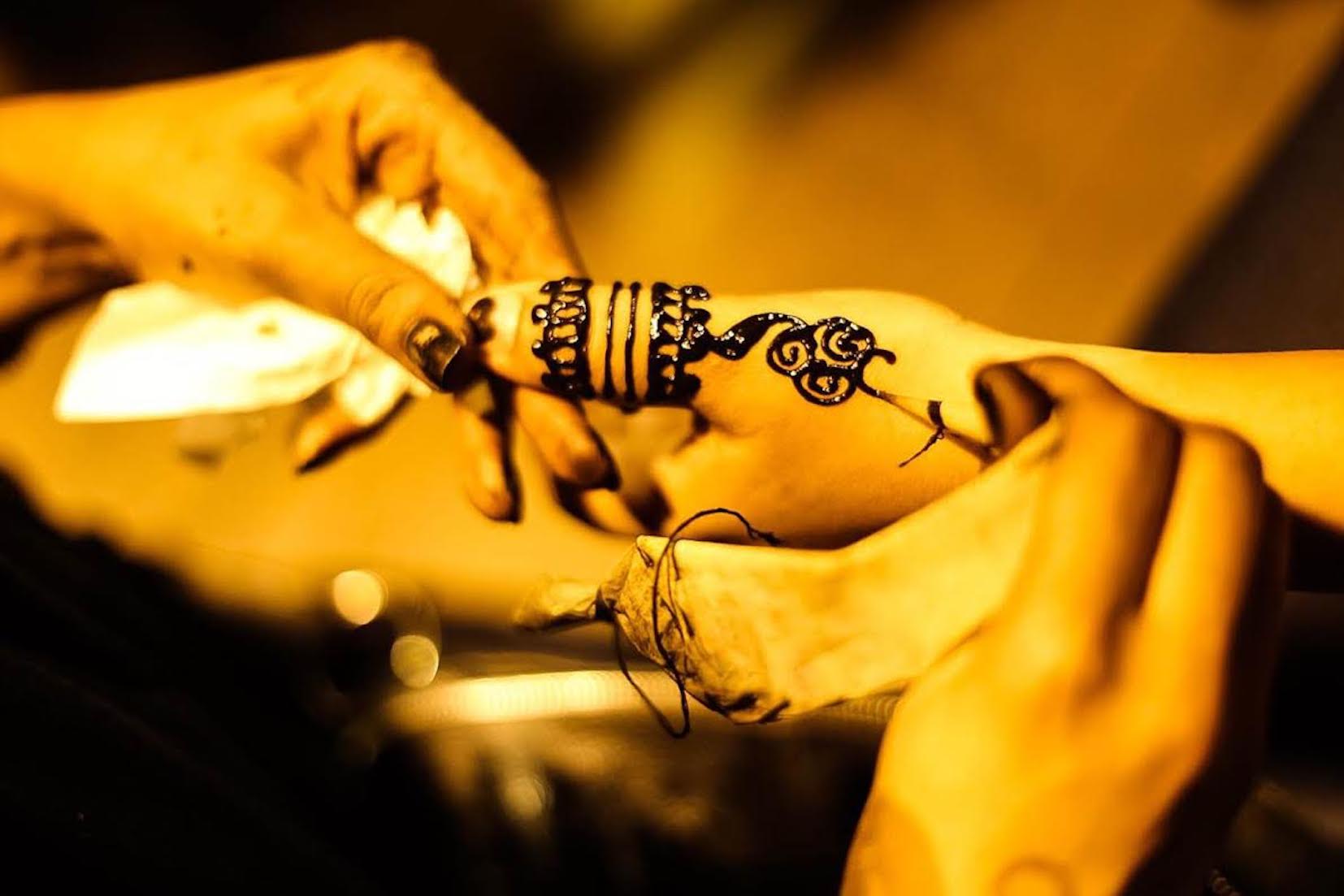 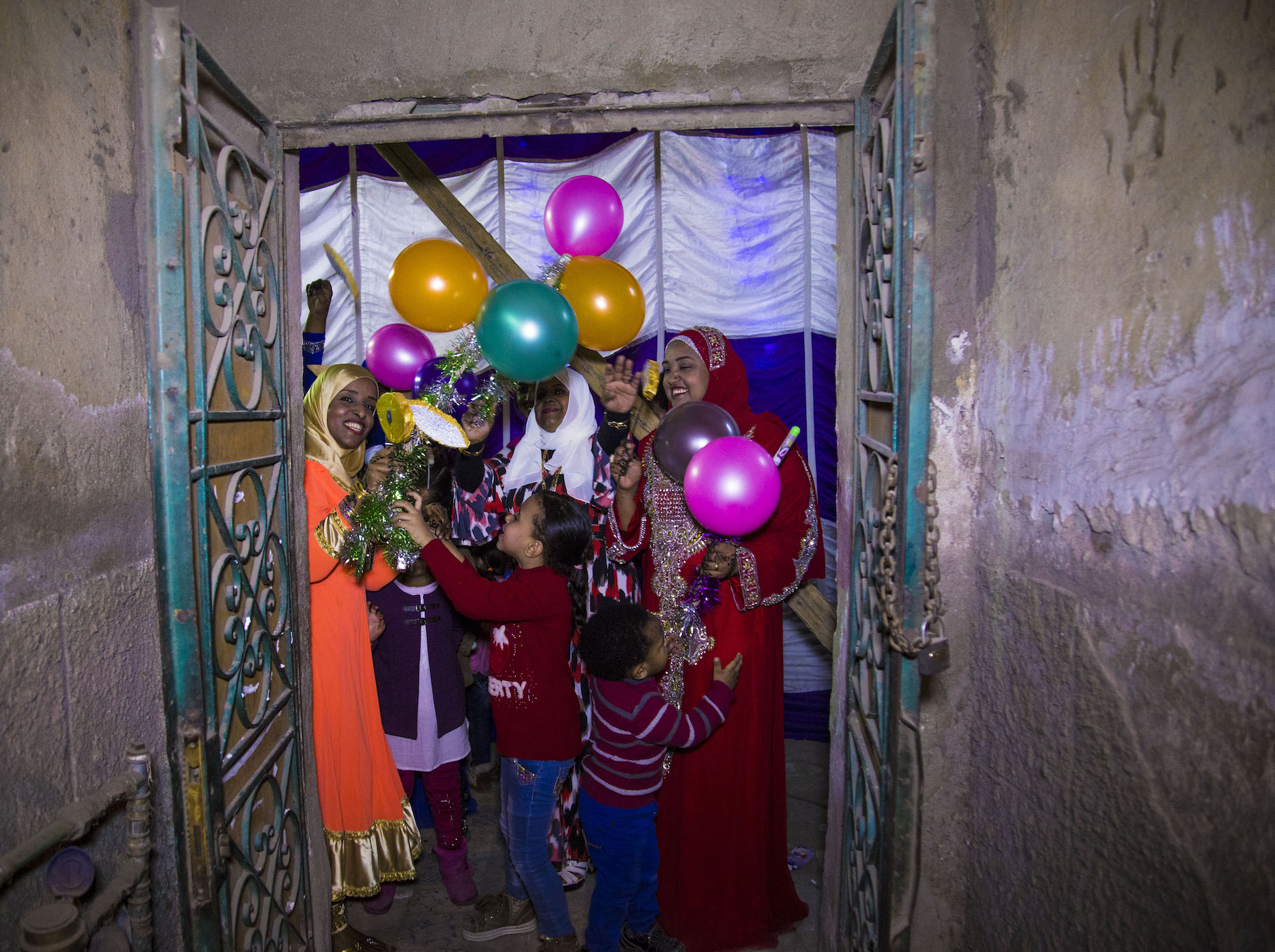 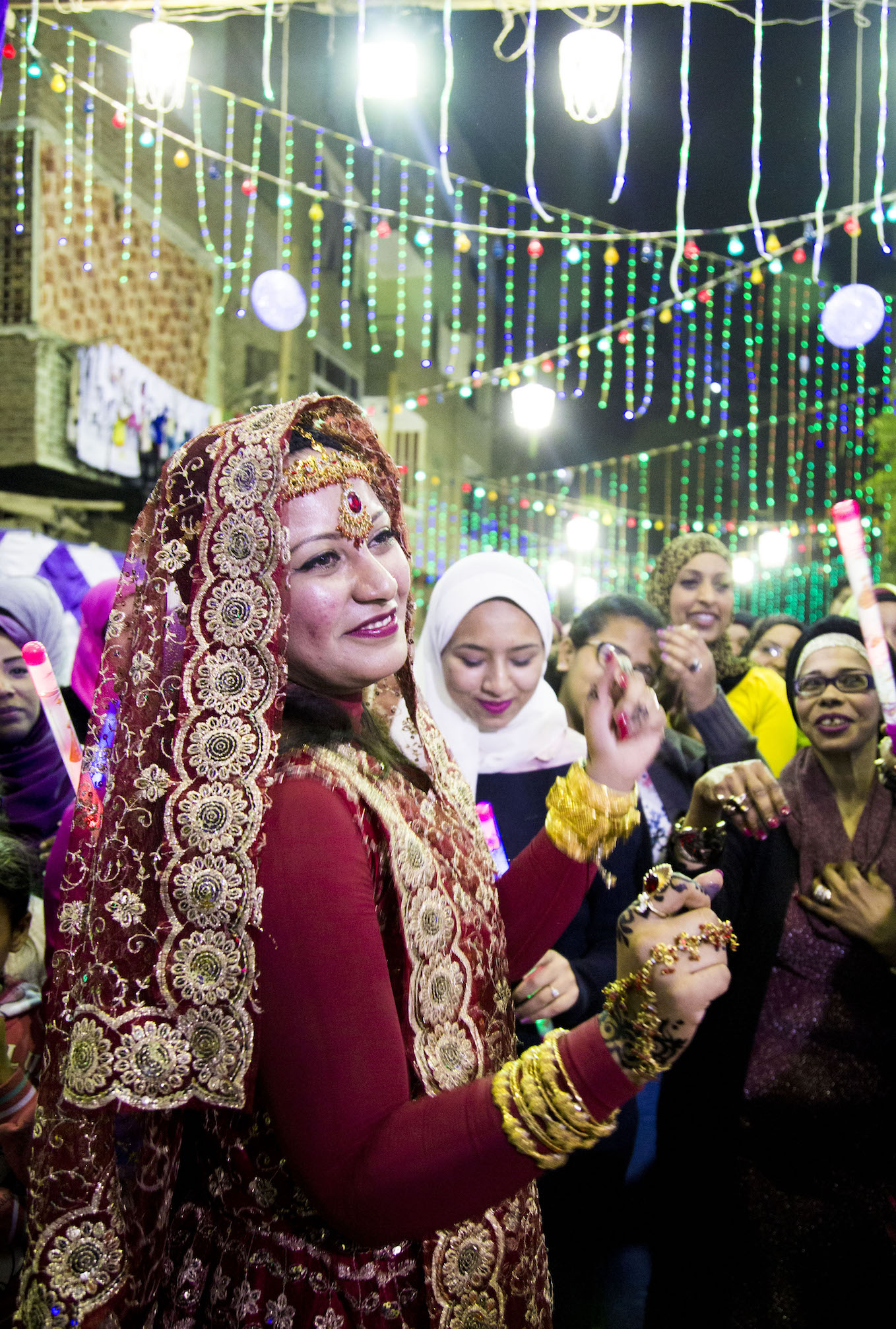 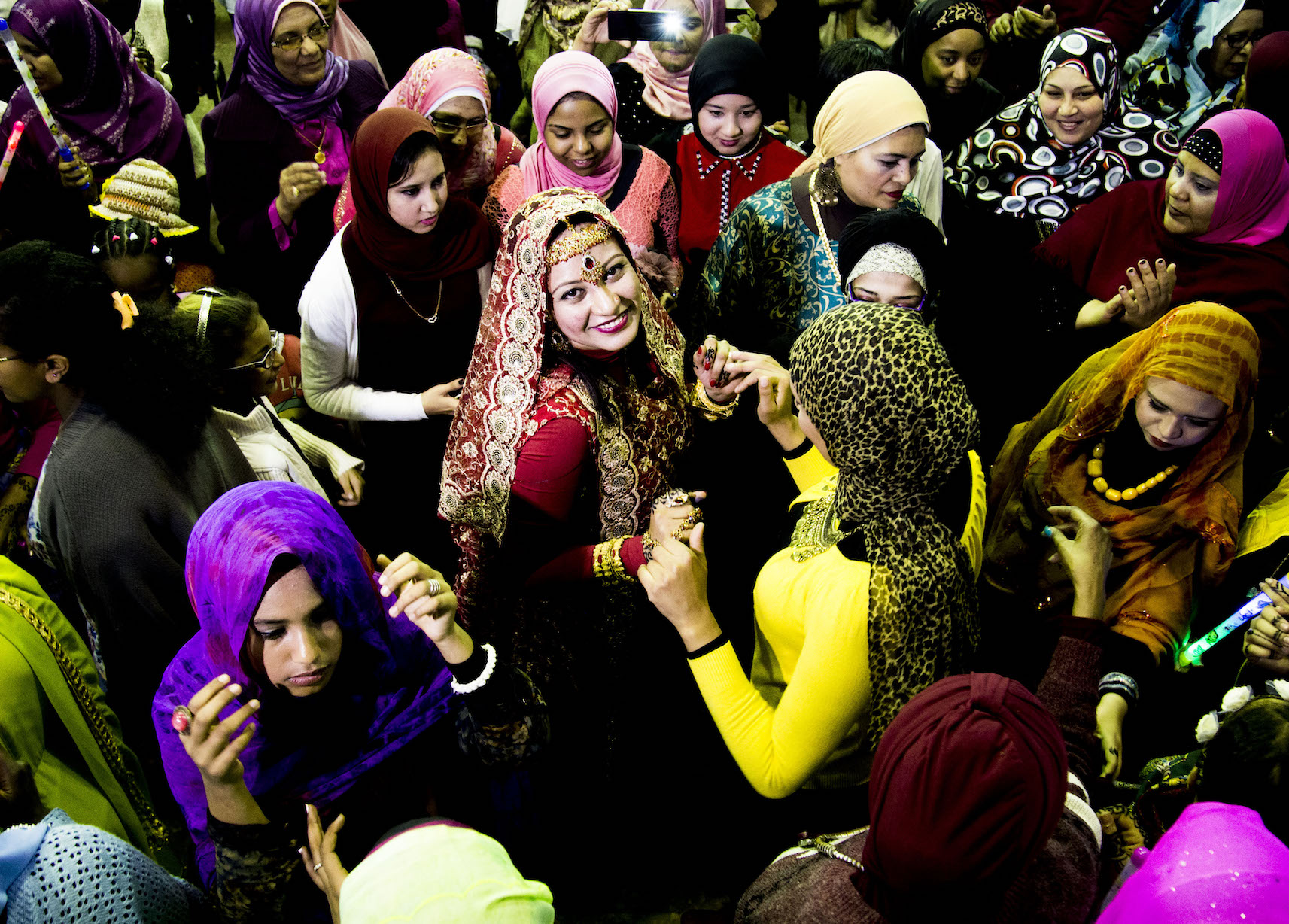 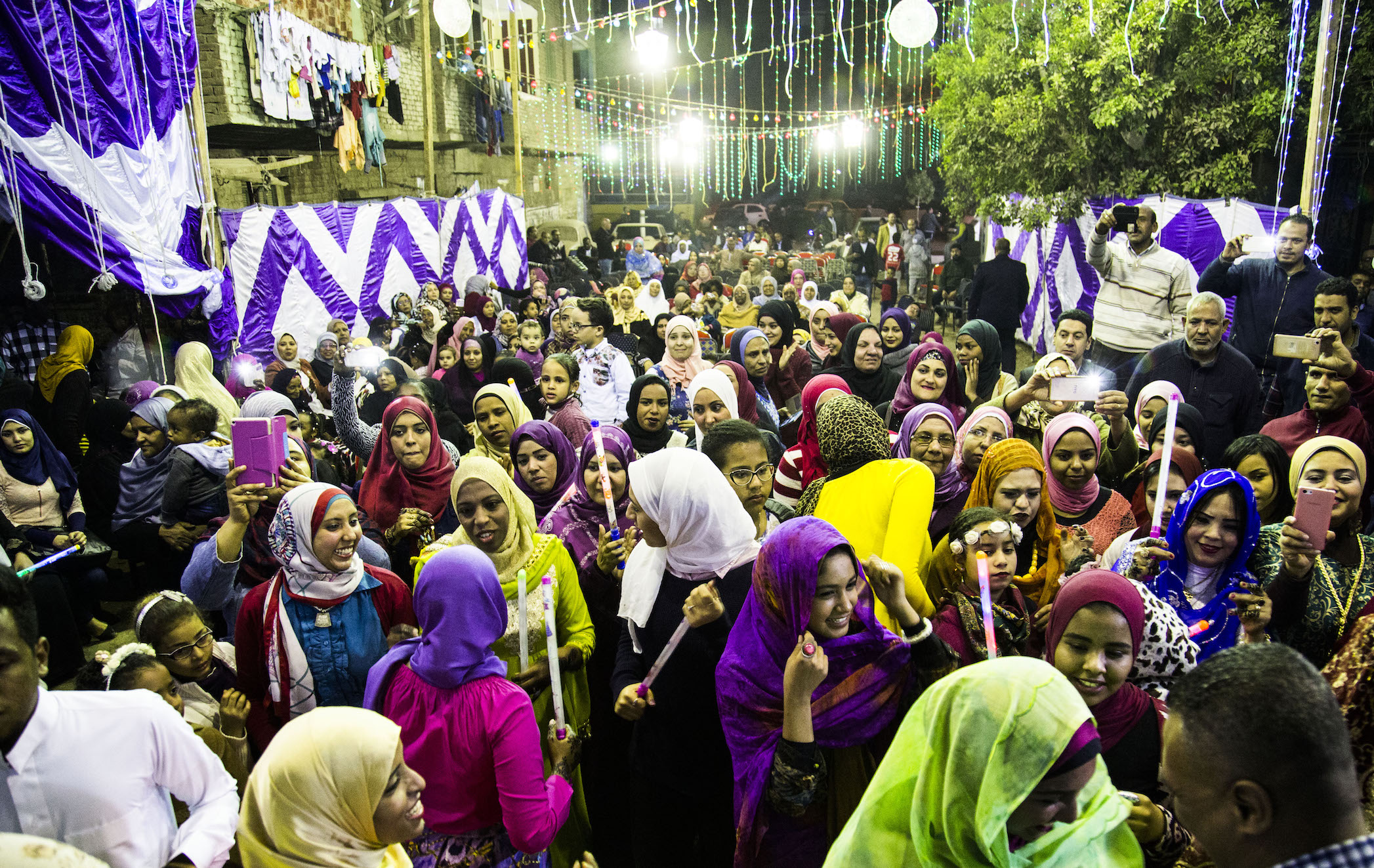 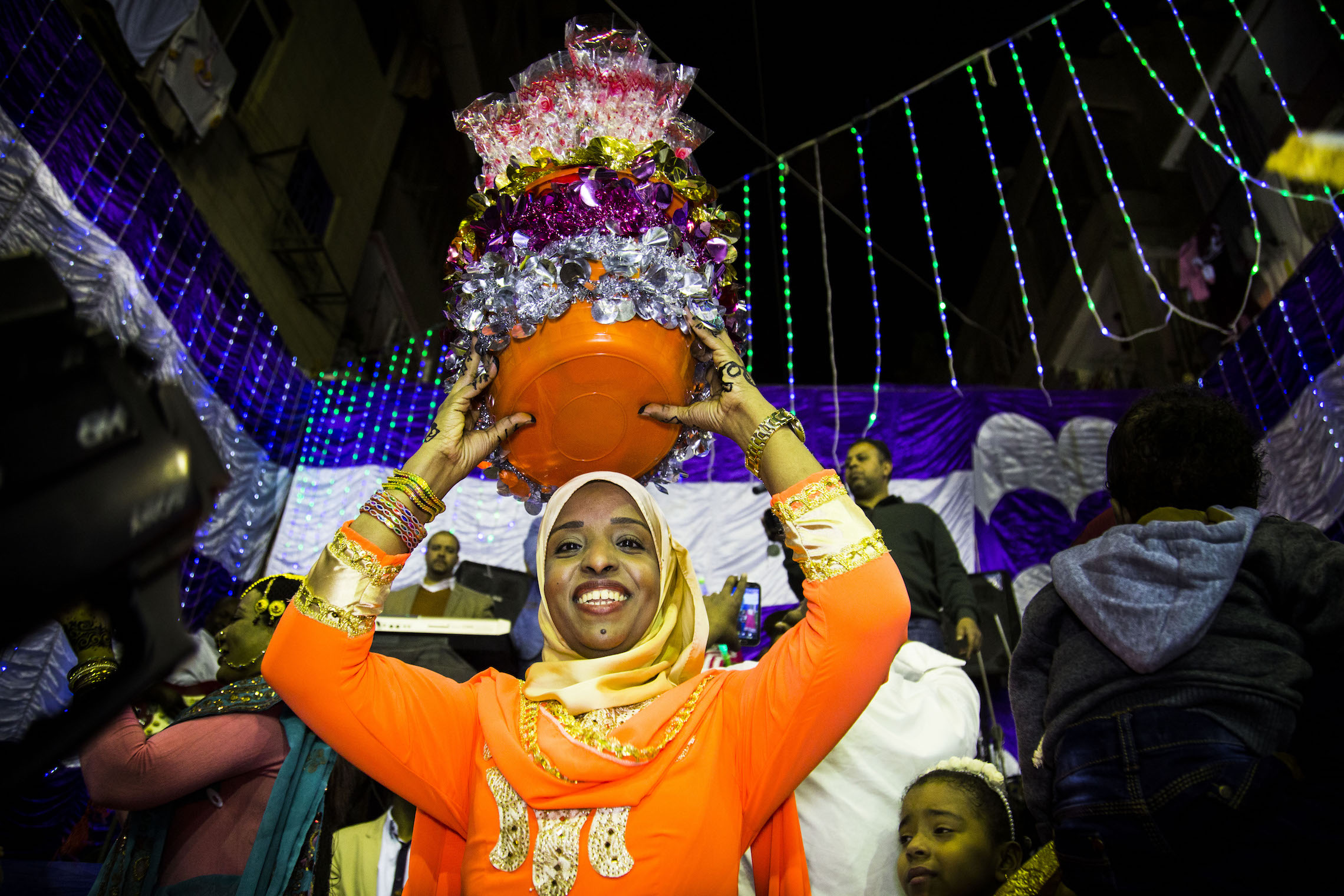 All photos taken by Asmaa Gamal

In Video: Cairo Wedding Festival kicks in its second edition