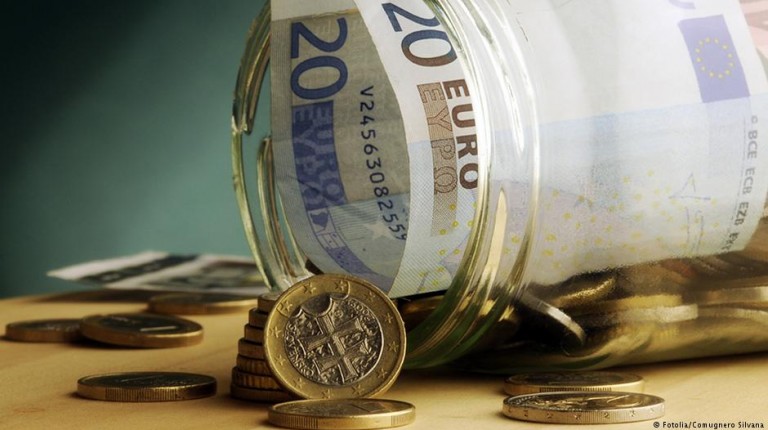 Stricter budget constraints in many member countries have caused the eurozone’s combined public deficit drop to levels last seen in 2008. The dip was caused mainly by decreasing government spending, Eurostat reported.The level of government borrowing across the 19-member eurozone has fallen to the lowest level since before the most acute phase of the global financial crisis, the European statistics office Eurostat has said.

Eurostat reported Tuesday the area’s deficit was equivalent to 1.4 percent of its combined gross domestic product (GDP) in the final quarter of 2016, down from 1.6 percent in the previous year.

The fourth-quarter rate is the lowest since the first three months of 2008. The reference back to that year is a nod to the events around the collapse of US investment bank Lehman Brothers.

The ensuing crisis and deep recession in the bloc exposed the underlying financial problems of several nations, notably Greece, which caused the euro area deficit figure to rise as high as seven percent in the third quarter of 2010.

All eyes on Athens

The bulk of eurozone nations has since enacted a series of belt-tightening measures to get their public finances back into shape, some more than others.

Those requiring bailout from their peers, including Ireland, Cyprus and Portugal, pushed through austerity measures to get their deficits down to manageable rates with a view to convincing bond markets to lend them money again.

All but Greece are now able again to borrow in the markets, but continue to keep a close watch on their public finances.

Greece has required three bailouts and has been fighting an uphill battle to secure fresh tranches despite a massive improvement in its budget position in recent years.