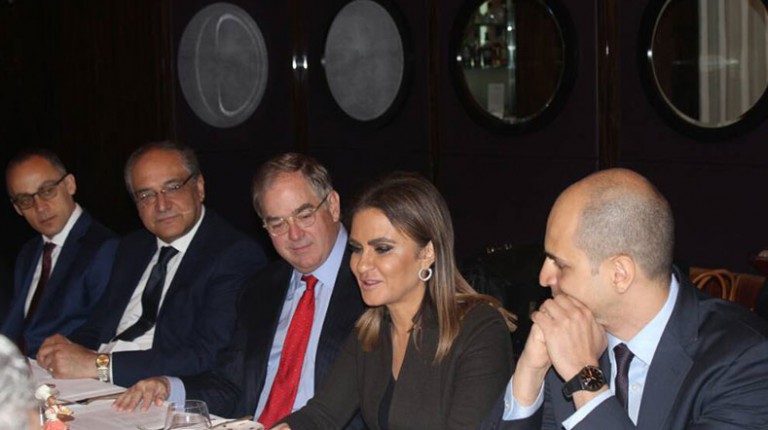 Minister of Investment and International Cooperation Sahar Nasr participated in a meeting held by Hermes Group in New York, where she met with representatives from investment banks.

According to a press statement issued by the ministry on Tuesday, Nasr said that investment banks want to expand their investments in Egypt. She explained to them that the government is working hard to improve Egypt’s investment climate, which will put Egypt back on the map of the most investment-attractive countries.

She added that Egypt has made some serious reforms in order to attract foreign investments, which improved the economic environment and the economy’s main indicators. The government adopted a reform programme that focuses on raising the rate of growth and creating jobs, Nasr noted.

The minister showed the competitive advantages that Egypt has in many special fields, which depends on its important location.

The government also considers protecting the poorest segments in society and fighting corruption though creating safety nets that protect the poor around the country, the statement read.

Nasr emphasised that the ministry is measuring the number of its structural units to improve their efficiency in order to help investors finish their jobs.

However, the representatives said that the visit of President Abdel Fattah Al-Sisi was an important step towards improving the relation between the USA and Egypt.

The minister stated, however, that the government wants to increase the role of the private sector in the future, and that is why the government is working on establishing the New Administrative Capital and many other mega projects.