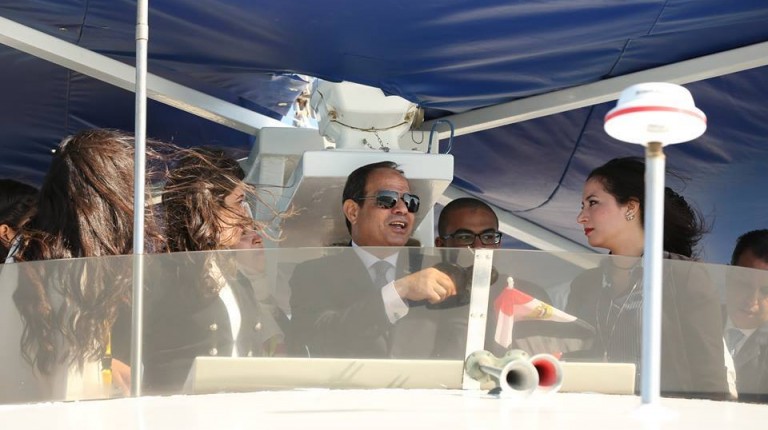 President Abdel Fattah Al-Sisi inaugurated on Tuesday the Third National Youth Conference in the city of Ismailia, commemorating the Sinai Liberation Day. Representatives of the youth attended the conference and discussed several issues that the Egyptian society is dealing with.

Al-Sisi honoured former military members from the 1973 War and from the popular resistance battles that followed.

The conference started with documentary films historising nationalist incidents during the Suez War and the liberation of Sinai. The film showed footage from the Tripartite Aggression and the 1973 War. It also interviewed individuals from the Canal cities who had participated in the different wars and guerrilla battles against Israel’s army since 1956.

The third National Youth Conference kicks off on Tuesday to tackle the country’s issues and commemorate the celebration of the liberation of Sinai.

Al-Sisi arrived in Ismailia to host the conference, which took place in conjunction with the Sinai Liberation Day.

Officials attending the conference—including ministers, members of parliament, public figures, and heads of unions—will hold open discussions with youth over several topics and suggestions related to the country’s challenges.

It’s expected that the Sinai development project will top the conference’s discussions.

The conference aims at addressing a number of topics of interest to Egyptian citizens, including price hikes and the joint responsibility shared between the state, society, and citizens, as well as discussing sustainable development in the country.