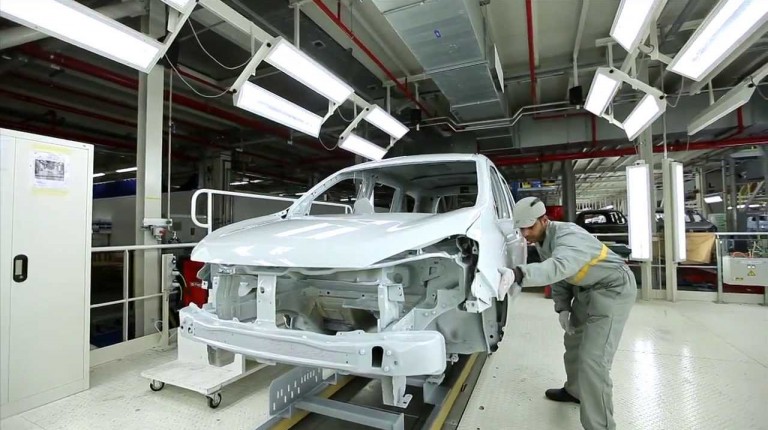 General Techniques International (GIT) plans to launch a new production line to manufacture car ceilings with EGP 3m investments. Tarek Mansour, the chairperson of the company, said that the company is seeking to negotiate with one of the Egyptian banks to finance part of the expenses to establish the production line.

On the sidelines of the tour organised by the Chamber of Engineering Industries today in 10th of Ramadan City, he said that the line’s production capacity is 150 ceilings per day. Actual production from the line is expected to take place mid-2018.

Mansour explained that the company will send part of its ceiling production to the global Nissan for approval to enable GIT to begin continuously supplying ceilings to Nissan Motor Egypt.

He noted that the global Nissan has carried out some tests on the material of the company’s products to ensure high quality.

Mansour also explained that the company is negotiating with Volkswagen to export passenger car mats to it. Negotiations have been ongoing for three years; however, the difficult procedures and requirements of Volkswagen have contributed to a delay in reaching an agreement.

He said that the company started working in 2006 and specialises in manufacturing plastic mats for car floors, in addition to other metal parts of cars and ceilings.

The company possesses 100% of the market share of truck-mat manufacturing, 70% of passenger car carpets, and 60% of sunshades.

He explained that the company’s sales are estimated at EGP 20.4m annually, with 44% to General Motors, 30% for Nissan, 20% for Hyundai and Geely, and 6% for other companies.

The company’s factory is located on an area of 4,000 metres, where 1,300 metres of the area is currently being finished. The company has a workforce of 85 employees.

Egypt from an inventively surrealistic prism