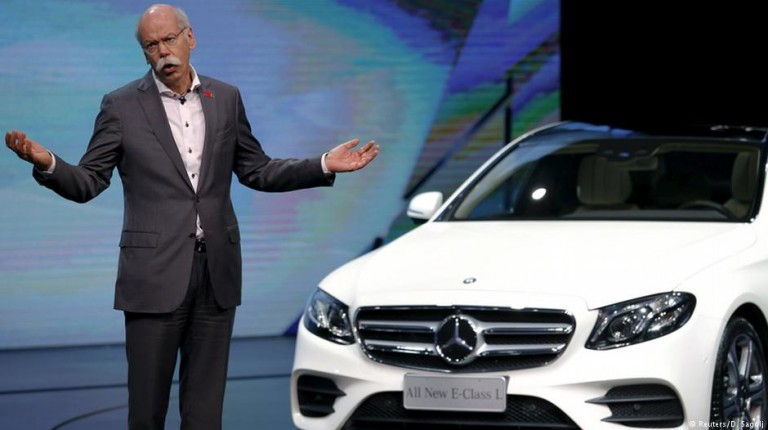 Daimler has revised up its profit outlook after a storming start to 2017. Fueled by sales of the company’s Mercedes-Benz E-Class, the company has forwarded its investment in electric cars and autonomous vehicles.German car manufacturer Daimler, the 13th largest in the world, raised its outlook for the year after profits doubled in the first three months of the year.

The Stuttgart-based company had previously forecasted only “slight increase” gains, but sales of the company’s Mercedes-Benz E-Class sedan and its SUV range boosted sales well beyond the predicted levels, leading to a revised forecast that growth would “significantly increase.”

The reason for Daimler’s restrained outlook earlier this year was a decision to ring fence more money for investment in research and development, as they seek to be at the forefront of electric cars, car-sharing and eventually autonomous vehicles.

As a result, research and development spending jumped 24 percent to 2.1 billion euros in the first quarter, but Daimler had several windfalls to thank for big positive impacts on its profits, including a 183 million euro payout from its investment in high-tech mapping firm HERE after new investors climbed aboard alongside BMW and Audi.

Despite Jefferies analysts estimating that Mercedes’s underlying profit margin was only 6.2 percent when development spending and contributions from Chinese ventures were accounted for, there is no sign of sales cooling off. A new version of its flagship S-Class sedan – introduced last week at the Shanghai auto show – is on the horizon and there is a strong prospect the company will continue to record more earnings throughout 2017.

Alternative fuel vehicles on the rise in Europe