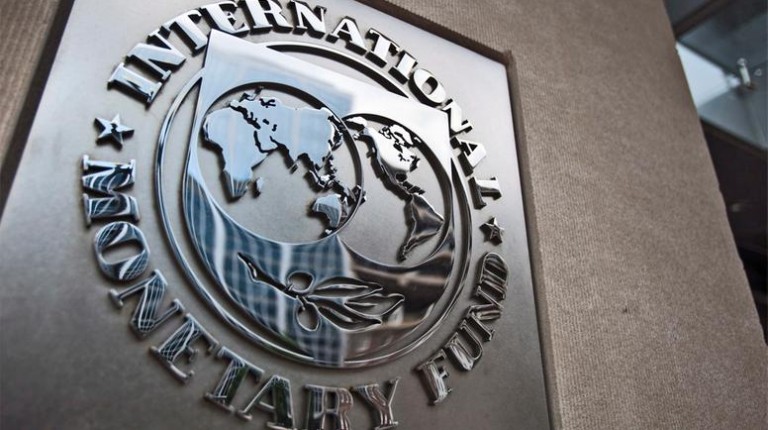 Nobody knows what the IMF delegation will say or decide about Egypt, or whether they will approve the second tranche of the loan or ask for more reforms.

However, managing director of the IMF, Christine Lagarde, stated during a conference held on Thursday that there is “clearly a question that needs to be addressed, I would say, head-on, and that is inflation.”

She said in the conference, “I think that the Central Bank and the finance minister of Egypt are both aware and will, I hope, tackle the inflation risk, which is weighing on the population.”

However, Lagarde stated that the IMF approved the Egyptian programme, which is the second largest financial programme globally.

Furthermore, Bloomberg published an article quoting Jihad Azour, director of the fund’s Middle East and Central Asia department, who stated that the “available monetary and fiscal policy instruments, including interest rates, can help to contain inflation.”

At a press conference on Friday, Azour said interest rates are “the right instrument” to manage Egypt’s inflation. “This is something that we are discussing with the authorities,” he said, according to Bloomberg.

In this regard, Aliaa El-Mahdy, a former dean of the Faculty of Economics and Political Science at Cairo University, believes that the government applied many steps in the way of implementing the programme approved by the IMF, such as cutting oil, electricity, and gas subsidies, and it will apply more subsidy-cuts in the next fiscal year (FY).

She also said the government wants to reduce its payments and set more austerity measures in the new budget; but, unfortunately, the new budget is getting bigger, even if they want to reduce it, although it is still lower than the rate of inflation.

The flotation was one of the most important decisions that was implemented, she noted; yet, the biggest problem is inflation.

She added that the current interest rate— 20%—is already very high, and if the Central Bank of Egypt (CBE) decided to raise the interest rate again in the current state of stagflation, there will be no new foreign or local investments.

“I believe that the main problem in the country is the inflation, and the rate of inflation is going higher, and the government cannot fix it by any decisions; the only way is to improve the way of attracting investments and encourage local investors to produce more,” she said.

However, she stated that achieving a general domestic product (GDP) growth rate of 5% is possible if the government worked on implementing solutions that improve the investment climate.

El-Mahdy added that fixing investors’ disputes is one of the main things that could help the government attract more investments, either by expanding local investors or by attracting foreign direct investments.

“The government has to find solutions for the disputes between the investors on one hand, and the government or the banks on the other,” El-Mahdy said. “Attracting foreign investments or promoting local investors are the only way to achieve the government’s goals of raising the GDP by 5%, which would also help reduce unemployment.”

However, it is worth noting that Lagarde said in February that Egypt is making good progress in the loan programme, adding that the currency is likely to stabilise after months of depreciation.

Lagarde added that the IMF sees good, noticeable progress by the Egyptian government, with a focus on Egyptian people and the most vulnerable segments of the society. She also noted that the IMF believes the state has been doing its best given the circumstances.

The government must be committed to the loan’s decisions

From another view point, the executive chairperson of Union Capital Incorporated (UC), Hany Tawfik, said that the government has no other choice but to cut more petroleum subsidies, because that is what it has agreed to in order to receive the IMF’s loan.

He added that it is very serious to delay any decisions, because it shakes Egypt’s stability and international commitments, which could easily affect Egypt’s future loans or the process of attracting foreign investments.

If the government didn’t implement what it had agreed to, the IMF might freeze the next loan tranches, which would destabilise Egypt once again, Tawfik noted.

It is worth mentioning that the visit of the IMF delegation was postponed to April instead of March. This also postponed revising the progress that the Egyptian government achieved, consequently delaying the receipt of the second tranche of the loan.

Tawfik stated that if the government didn’t commit to its decisions, the country would face a lot of accusations about Egypt’s seriousness to implement economic reforms.

Moreover, Moody’s Investors Service said in a report last week that while Egypt’s IMF programme will support gradual improvements to the country’s fiscal and external position, its social and economic costs risk slowing the pace of fiscal reform.

“The implementation of the targets of the IMF programme—including reductions in fiscal deficits and government debt levels, as well as improvements in Egypt’s external liquidity position—will help address Egypt’s key credit challenges,” said Steffen Dyck, a Moody’s senior credit officer and co-author of the report.

“However, ambitious fiscal consolidation targets will be challenging to achieve and could face implementation risks in a scenario of mounting public discontent,” he noted.

Worries about the high debt

The managing director of Multiples Group, Omar El-Shenety, has different thoughts regarding the increasing foreign debt.

He stated that the IMF expects the foreign debt of Egypt to exceed $100bn by the year 2020.

He believes that during the near future, Egypt might fall into the trap of foreign debt, and it would easily exceed a rate of more than 150% of GDP, which is a very critical situation.

El-Shenety believes that the rates of public debt are not worrying; yet, it will reach the critical zone no matter what, because foreign debt is going to be greater than 50%.

He said that there are different types of loans that Egypt receives, but the main problem is about how the government will create other sources of foreign currencies to repay the main loans and interest.

El-Shenety added that Egypt’s government is planning to raise the GDP to the level where the debt represents a small rate of it, which is likely difficult to achieve, explaining that the government expects a growth rate of 6% in FY 2017/2018, but then decreased that expectation later to 4.6%, which is unlikely to happen in the real budget, due to the poor state of tourism, the region’s political turbulence, and many other factors.

The current rate of the public debt compared to the GDP is 130%, not including the debt of loans. According to the IMF, within three years, the rate will reach 150%, again without including loan debts, which will be used to fund national projects and institutions and will probably push the total amount to exceed 160-170%. This is a very high and dangerous rate, El-Shenety noted.