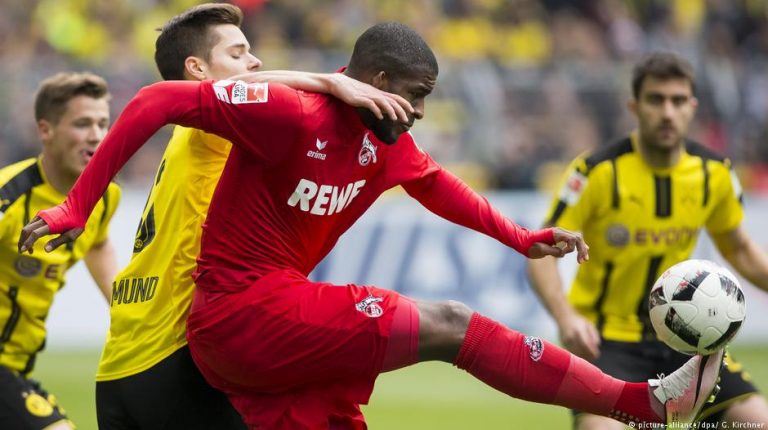 Bayern Munich may have captured the headlines this weekend, but there are plenty of other topics to discuss. Dortmund have opened a door up for Hoffenhiem to take third and Hasenhüttl can’t beat his former team.A missed opportunity for Dortmund

With struggling Cologne coming to town, Borussia Dortmund had a chance to bury Hoffenheim in their quest to secure a third place finish. That opportunity slipped through their fingers as they were unable to break down Peter Stöger’s blockade. It wasn’t for a lack of trying – they recorded 23 shots in the game, five of which came from the in-form Marco Reus. But their inability to get all three points this weekend makes their trip to Sinsheim all the more important.

Poaching coach Ralph Hasenhüttl from Ingolstadt was arguably the best move RB Leipzig completed in the summer. Ironically, Ingolstadt will be one of potentially two teams – Bayern Munich being the other – to score points against Leipzig in both of their league fixtures this season. Ingolstadt’s 1-0 win last December ended an eight-game winning streak for Leipzig, and their scoreless draw on Saturday became the result that handed Bayern the league title. Unfortunately for Ingolstadt, Leipzig have been just as generous to many other teams trying to avoid relegation, so the point they collected this weekend may not prevent them from going down.

The drop not discouraging Darmstadt

For a team that looked all but sure to be relegated, Darmstadt are not going down without a fight. Their 3-0 victory was the third on the bounce for the Lillies, and they have scored nine goals in their last four games. Many factors still have to fall in Darmstadt’s favor for them to avoid outright relegation: A continued losing streak from Augsburg is their best chance at survival, and of course they’d need all nine points from the next three games as well. But even if they go down, Darmstadt can go into next season with the belief that they belong back in the top flight.

After their fifth loss in seven games, Hertha Berlin are becoming a poster club for how mediocre the Bundesliga mid-table can be. Their 2-0 loss to Werder Bremen was their ninth in 2017, tied with Darmstadt for the most in the German top flight. Yet they remain in fifth place because teams below them – namely Cologne, Freiburg and Eintracht Frankfurt – have been just as bad if not worse. Hertha remain in a strong position to qualify for the Europa League group stage, but their underwhelming second-half form does not provide an encouraging forecast for next season.

With depth issues late in the season, Borussia Mönchengladbach needed a few players to step up. Nico Schulz did just that, combining with Lars Stindl twice for a goal and an assist in Gladbach’s 2-1 win in Mainz. Schulz, 24, has been sidelined most of the season himself with various injuries, but with Gladbach veteran Oscar Wendt unavailable, the former German prospect finally got his chance. He took full advantage of the opportunity too, which could lead to a nice bump in playing time in the near future.