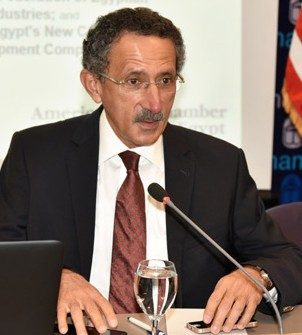 The American Chamber of Commerce (AmCham) in Egypt said in a report that the new board of directors headed by Tarek Tawfik is preparing to manage several important files after the noticeable improvement of American-Egyptian relations.

The new board of directors is expected to study the results of the work of the “Door-Knocking” mission once it is officially assigned to manage its tasks. The mission started its work in Washington on Sunday.

The new board is expected to start its work officially on 21 May.

The board will handle carrying out communications with decision makers in the US and the business community, as well as prepare an investment plan following the noticeable improvement in the relations between the two countries. It will also manage cooperation between Egypt and large financial institutions, including the International Monetary Fund, according to the AmCham’s report.

The board is preparing to communicate with banking and financial institutions in order to look at the latest developments in the economic, financial, and banking reforms in Egypt and present investment opportunities in future projects over the upcoming months to provide the financing necessary for their implementation.

Egypt not expected to issue dollar bonds before 2018: BNP Paribas