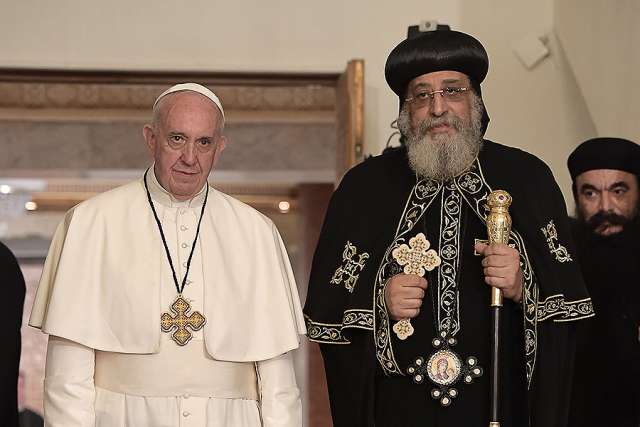 The church further explained that the declaration reflected on the relationship between the Coptic Orthodox Church and the Roman Catholic Church in the past, present and future, adding that it did not add any new religious concepts, but rather urged theological dialogue and cooperation of churches.

The declaration stated that it “sought not to repeat baptism” if practiced in one of the two churches, which people had to go through before, if they wished to transfer from the Orthodox to the Catholic church or vice versa.

Ishak Ibrahim, Researcher at the Egyptian Initiative for Personal Rights (EIPR) has previously told Daily News Egypt that that “the declaration’s importance lies in its symbolism, and the message within which shows that churches are able to coexist.”

The declaration was signed on Friday during Pope Francis’ visit to Cairo.