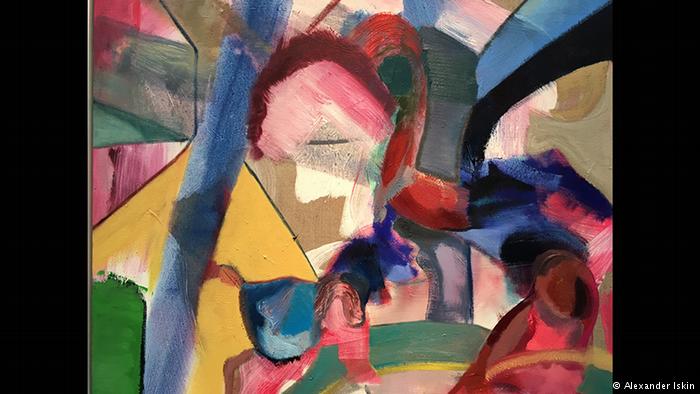 Once a year on Gallery Weekend, Berlin becomes a global center of art. But once a year is not enough, says DW’s Gero Schliess. He welcomes the announcement of Berlin finally getting its own art fair, the Art Berlin.Berlin’s commercial art scene is rather lousy, actually. Don’t get me wrong, Berlin is a great place for artists. But making money with art is another issue altogether. No matter how hip the creative scene may be, the boat with collector’s cash usually sails past Berlin, preferring to stop in Paris or London.

The only consolation that Berliners have is that said boat also tends to skip Munich, Hamburg, Dusseldorf, and Cologne. Although these places have upper-class neighborhoods with people who like to invest in art, they tend to support local artists – unlike “sexy but poor” Berlin, where there is little to no money for people to back the local art scene.

Furthermore, Berlin’s “freebie capital city” culture is also not the most helpful conduit to foster support of the arts.

But this changes once a year when international visitors descend on the city at the end of April. Berlin becomes a veritable Mecca for treasure hunters: it’s high cotton for artists when more than 50 galleries compete for the favor – and charitable wallets – of art collectors from around the globe during the annual Gallery Weekend.

Take, for instance, 27-year-old painter Alexander Iskin, who is being featured at the Sexhauer Gallery. Iskin shows his incredible talent not only in his art, but also when it comes to marketing his work.

Iskin knows how to draw attention: He invented a new genre which he called “interrealism,” meaning existence between different realities. His work got noticed by such renowned artists as Jonathan Meese, who supports the young artist.

At his recent opening event for his show “Applesauce in Paradise,” Iskin explained his unique ‘interrealism” approach to art, etching its implication – quite literally – into my mind: He appears as an avenging angel, using an axe to take revenge for society’s collective overdose of media. He jolts his weapon down against a brand-new Apple computer and iPhone. What’s left in the end is mush – i.e. “Applesauce.”

But there are other noteworthy artists to watch, like Jonas Burgert, who – in contrast to Iskin – seems almost old-fashioned with his paintbrushes and canvasses. His larger-than-life paintings can be viewed at the Gallery Blain Southern.

His largest piece of work there, measuring 22 x 6 meters, is rather overpowering. It draws the observer in with Burgert’s typical use of rich color to depict grotesque scenes. The painting is so big it could actually qualify as record size, at least by Berlin standards.

Burgert has managed over the years to establish himself on the local art market – as opposed to newcomer Iskin, who is still building up his following. Success for an artist has, of course, a lot to do with excelling at your chosen field. However, marketing strategies also play a major role, as do gallery owners who choose to invest in up-and-coming artists.

Gallery owners: the unsung heroes of the art world

Being a gallery owner is risky business. On average, galleries have to spend around 250,000 euros annually to organize exhibitions, attend art fairs and get art collectors to attend openings. That number is according to Anemone Vostell, who directs the regional association of Berlin galleries.

Vostell has an axe to grind with Berlin: She thinks that the city barely appreciates all the work that gallery owners do as people who enable art to flourish and who are also part of the local economy by doing so.

And she is quite right: Two years ago, local government made matters worse for gallery owners by hitting them with a brutal hike in value-added tax from seven percent to 19 percent.

Some of the 300-odd galleries in Berlin had to close shop because of this.

Furthermore, while there are countless public schemes in Berlin to support the arts, there is no such program for gallery owners, despite the fact that Berlin is renowned for its subsidies across the board. Berlin’s merchants’ association wants to help meet demands for more subsidies for galleries by assisting young gallery owners.

There was one person who could have given solid support in that endeavor: Michael Kewenig. His death has left a gaping hole in the art scene. I got to know Kewenig a few years ago when he moved his gallery from Cologne, and I made a documentary about his new beginning in Berlin.

Kewenig was incredibly passionate about art, but remained relaxed at the same time. He represented aesthetics not just on the surface, but in his overall approach to life, as he was recently described in the daily German newspaper, “Die Welt.”

And even though he was always unapologetic about art, he still remained a big philanthropist at heart. Many famous artists such as Christian Boltanski entrusted their work to him, and he fostered them to greatness. Kewenig’s gallery grew as the artists he represented grew. Who knows what else he could have achieved if he still were with us.

For instance, Kewenig could have gotten involved with the recently announced expansion of Art Cologne to Berlin. Despite rivalries between the two cities and their respective art scenes, having Art Berlin start later this year will hopefully provide immense opportunities for artists and gallery owners in Berlin alike.

And even though they might not like being given a lifeline all the way from the Rhineland, our dear Berliners will just have to grin and bear it.