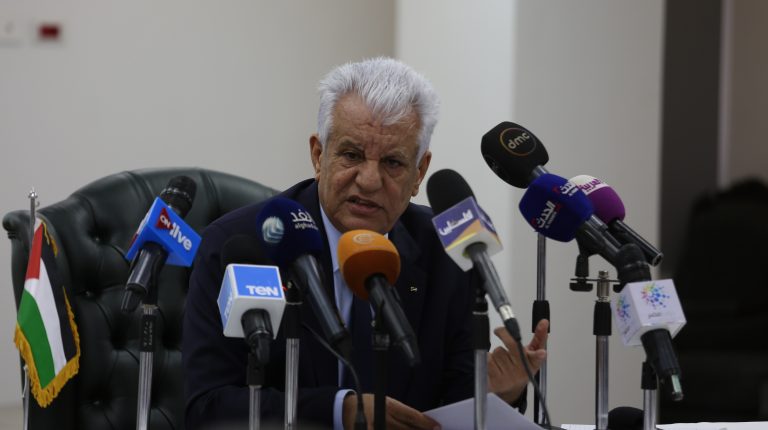 Palestinian ambassador to Egypt Gamal Al-Shobky said in a press conference on Sunday that the Palestinian government supports the legitimate demands of detainees on hunger strike in Israeli prisons.

“Today is the fourteenth day of strike, marking the beginning of a dangerous phase for their health conditions and lives,” he stated.

Ambassador Al-Shobky stated that the strikers’ demands include allowing them to see their families, extending the duration of the visits, installing telephones inside prisons, and allowing them to access proper medication.

“Israel is putting them in conditions that lead to their slow death,” he added, condemning the Israeli stance on Palestinian detainees that remains unchanged despite interference of the international community, the Red Cross, and Israeli civil society organisations.

The strike, which started on 17 April, includes more that 1,600 detainees under the lead of Mourad Al-Barghouthy, according to Al-Shobky, who said that the issue of detainees is a priority for the Palestinian government, asserting that Palestinian president Mahmoud Abbas discussed the issue with President Al-Sisi, asking for Egypt’s solidarity, and asserting that he will also discuss the issue during his scheduled visit to Washington in early May.

According to a statement from the Palestinian president, Abbas briefed Al-Sisi on the condition of the detainees, stating that both heads of states asserted that “there should be efforts to force Israel to respect international humanitarian law.”

Nearly 100,000 Palestinians were detained since September 2000, including women and children, according to a press statement issued by the embassy.

Human Rights Watch’s (HRW) report for 2016 revealed that Israeli forces detained Palestinian children without the presence of adults or lawyers, as well as practicing detention without trials, known in Israel as administrative detention.