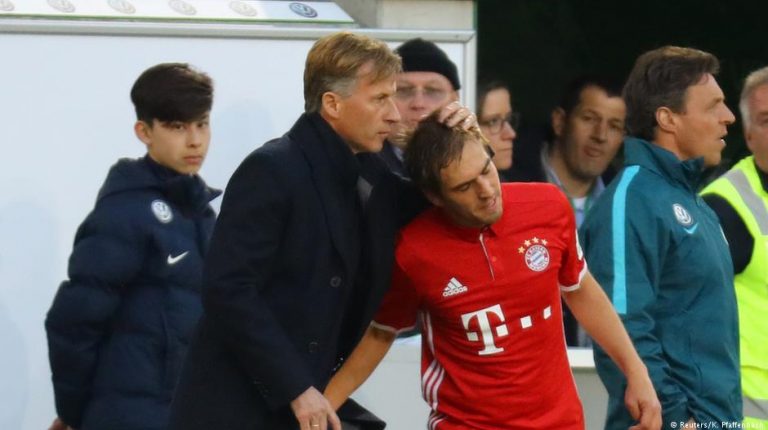 After an embarrassment against Bundesliga champions Bayern Munich, Wolfsburg are facing a real fight to stay in the Bundesliga. DW spoke to coach Andries Jonker and takes a closer look at Wolfsburg’s plight.”Men against boys” was how Mario Gomez described Bayern Munich’s slaughtering of Wolfsburg on Matchday 31. The former Bayern striker was left with a brutal reminder of what it is like to be on the wrong side of the Bavarian machine. Gomez and Wolfsburg were swept aside to make way for Bayern’s fifth consecutive Bundesliga title.

It was supposed to be a day for Wolfsburg to celebrate 20 years in Germany’s top flight. By the time Joshua Kimmich scored Bayern’s sixth unanswered goal, there was hardly any time to acknowledge it.

The man tasked with ensuring Wolfsburg see a 21st year in the Bundesliga is Andries Jonker. Once an assistant to former Bayern coach Louis van Gaal, Jonker boasts a wealth of coaching experience. But Wolfsburg has presented him with a new kind of challenge – life in the hot seat. And Jonker was left with a painful reminder of how tough life can be as the number one in Saturday’s humiliation against his former employers.

“It hurts. It’s an unbelievable disappointment,” the 54-year-old said in the press conference after the loss.

A question of commitment

Moments later, he wandered through to the Bayern changing room to congratulate players he helped coach many years ago.

Sadly for Jonker, there were very few signs of commitment from his Wolfsburg team against Bayern. Gomez worked hard, but had little to show for it. Koen Casteels made some fantastic saves but still conceded six. Luiz Gustavo started brightly before completely losing control and costing his team with a red card. The Brazilian midfielder’s actions epitomized Wolfsburg – a team with quality prone to far too many fits of remarkably poor thinking.

“They told me they haven’t been sticking to the plans the coaches have proposed them in the past. I’ve told them, stop that. You can’t work if you’re not all committed to the plan,” Jonker said. On the training ground he’s vocal and hands-on in his attempts to make sure the plan is understood.

Wolfsburg have three games to show just how committed they are to staying in the Bundesliga – a trip to Frankfurt, a home game against Gladbach and then a visit to Hamburg to close the season. Relegation would be a disaster for a club that won the German Cup two seasons ago, the title in 2009, and beat Real Madrid last season – the last team to do so in the Champions League.

“I think it’s quite important for the community here, for the fans that we stay in the Bundesliga. I will get it done,” Jonker said very confidently. The Dutchman is focused when he talks, seemingly not allowing himself to think of anything other than the task at hand.

Mario Gomez’s goals (14 so far) are one of the main reasons Wolfsburg should avoid relegation. Despite trying three different formations in his nine games in charge, Jonker isn’t fooling anyone about the importance of Gomez – even if there wasn’t much sign of it against Bayern.

“What I’m doing is trying to use his quality, so I’m trying to make him stay in the box. Don’t go in the midfield, don’t go to the outside, stay in the box and I try to give my players options how they can deliver the ball to him so he can make the goals,” Jonker said.

There were no goals against Bayern, and no points either. Since he was appointed at the end of February, Jonker has picked up just 11 points, eight of which came in his first four games in charge. In his first game in Mainz, Jonker felt like his side played the ball back to their own goalkeeper so often “because of not having the guts to play forward, not having any option, not knowing.”

This defeat will have undone a lot of the belief Jonker has worked hard to instill in this group. “The danger with this team is more that they do too much, that they run too much and don’t think enough,” Jonker said four days before the Bayern game. Perhaps the club should consider changing its social media hashtag (#TheExtraMile) that can be seen on posters around the stadium.

During training last week, a group of elderly ladies walked past debating why Wolfsburg’s women’s team was playing in the smaller stadium next to the Volkswagen Arena. “At least they’re first class,” one said to another. For a head coach who waited so long to take his chance and for a club so keen to be recognized, Wolfsburg must prove those sentiments wrong.

Vote for your player of the season