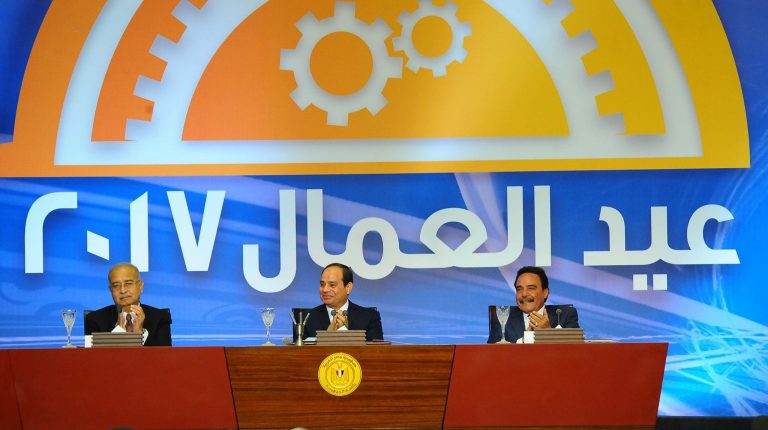 The new proposed labour law is to be discussed in the Egyptian parliament in the coming period, arousing strong criticism among labour activists and movements, who rejected it on various grounds.

During his speech in celebration of Labour Day on Sunday, President Abdel Fattah Al-Sisi urged the parliament to finalise the legislation of several laws that are to regulate labour and workers’ rights, including the labour law.

Ramadan added that the law also has problems such as neglecting the issue of arbitrary dismissal and not entailing collective negotiations between workers and business owners, and it doesn’t force business owners to reach agreements with workers.

When it comes to birth leave, Ramadan, describing the law as “discriminatory”, said that women in the governmental sector are given four months, while women in the private sector take only three months according to the new law.

Another law that caused similar disputes is the Independent Labour Unions law, which is set to be discussed by the parliament in its next legislative year, secretary of the parliament’s labour committee, Gamal Abdel Nasser, told Daily News Egypt.

Defending the law, Abdel Nasser said that the committee had listened to several forces in the society, social dialogue has been made, and everyone has expressed their views about the law. Therefore, the law will be amended due to 60 remarks from the State Council, according to Abdel Nasser.

However, the head of the Free Union of Egypt Workers, Ali Al-Badry, denied that he was invited to any discussion about the draft law.

Al-Badry attacked Minister of Manpower Mohamed Saafan, accusing him of “legislating laws in favor of businessmen and not caring for workers or unions.” The draft law has several problems and wasn’t reviewed by the civil society forces, Al-Badry asserts.