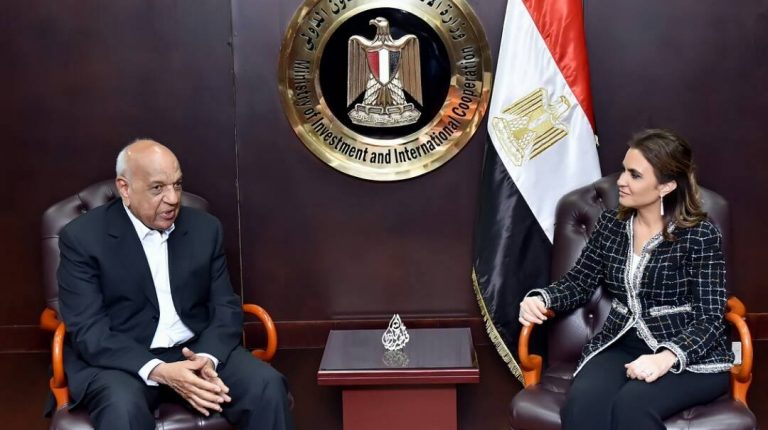 Minister of Investment and International Cooperation Sahar Nasr held a meeting with the terminal manager of Suez Canal Container Terminal (SCCT) company, Jan Buijze, to discuss expansions of the company in the port of Eastern Port Said, according to a press statement issued on Monday.

He added that the SCCT is working in a framework of continuous upgrading in order to fit in the market and increase its competitiveness.

Buijze believes the investment atmosphere is currently suitable, which made the company increase its investments in Eastern Port Said to reach $850m. He added that the positive steps taken by investment ministry to encourage investment are among the reasons for expanding.

From her side, Nasr appreciated the company’s willingness to expand in Egypt as a part of developing the Suez Canal Economic Zone. She added that the government is working to remove all of the obstacles that might hinder any investor, whether local or foreign.

The minister is working on promoting a plan that will attract more investments to the economic zone. The plan also aims at developing the area’s ports, according to the statement.

The head of Public and Government Relations, Hany El Nady, stated that the company is working side by side with the government to build a hub at the port of the Eastern Port Said for handling containers.