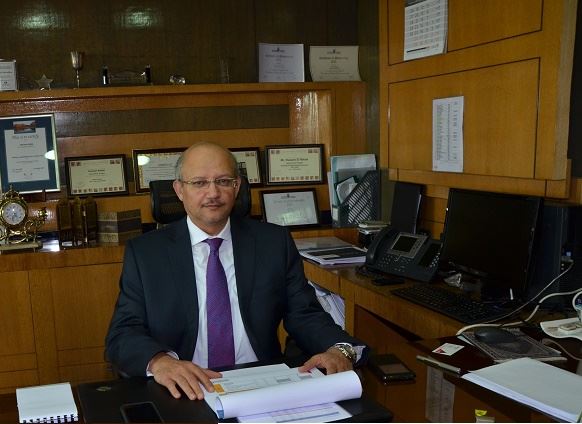 The Suez Canal Bank’s board of directors has elected Hussein El-Refaie as the new chairperson of the bank, succeeding Tarek Kandil, whose term ended in April.

El-Refaie used to serve as the chief financial officer and executive director at the National Bank of Egypt (NBE).

On Sunday, the general assembly of the Suez Canal Bank elected a new managing board for a three-year term.

Omar El-Sagher, who used to be the representative of the Libyan Foreign Bank (LFB), was appointed vice chairperson of the bank for executive affairs.

The Arab International Bank owns a 41.48% stake of the Suez Canal Bank’s shares, while the LFB, the Insurance Fund of Suez Canal Authority Employees, and the Arab World for Financial Investments own 27.71%, 10.11% and 2.5% stakes respectively. The last 18.20% is owned by other shareholders.

It is scheduled to hold the first meeting of the bank’s new board within a few days in order to discuss the bank’s strategy for the next three years and the formation of different committees.

An official source in the bank expected that the Suez Canal Bank will achieve profits of EGP 1bn by the end of this year, noting that the bank’s net profit in the first quarter of the year exceeded the total profits gained in 2016.

Kandil had expressed his intention to quit his position in the bank during the general assembly meeting on Sunday, saying that he aims to take a new step at another place.

He revealed that the bank has achieved a pre-provision net profit of EGP 440m, compared to EGP 195m in 2015.

According to Kandil, the bank has allocated EGP 230m of its profits to cover the bank’s provisions, while the remaining EGP 210m were added to the paid-up capital to reach EGP 2bn, after covering previous losses up to EGP 209m.

Kandil noted that the bank has finally ended a 12-year period where all the bank’s profits were directed to cover its required provisions. The bank now tends to strengthen its credit and investment portfolios and complete its restructuring plan, despite the general difficulties experienced by the bank over the last years.

Kandil said that the bank’s net income amounted to EGP 1.067bn in 2016, compared to EGP 745m in 2015—an increase of 43%. He pointed out that those revenues are not incidental or temporary, but rather came as a result of recent development in the bank’s revenue base, which has witnessed frequent increases over the last several years.

“The Suez Canal Bank’s consumer loans increased to EGP 8.6bn by the end of 2016, compared to EGP 5bn in 2015, with an increase of about 72%—equivalent to EGP 3.6bn—while consumer deposits increased by almost 29%,” stated Kandil.

Kandil said the bank has completed its strategic plan launched in 2014, which targeted to cover the bank’s provisions and previous losses through strengthening its operational capabilities and revenues.