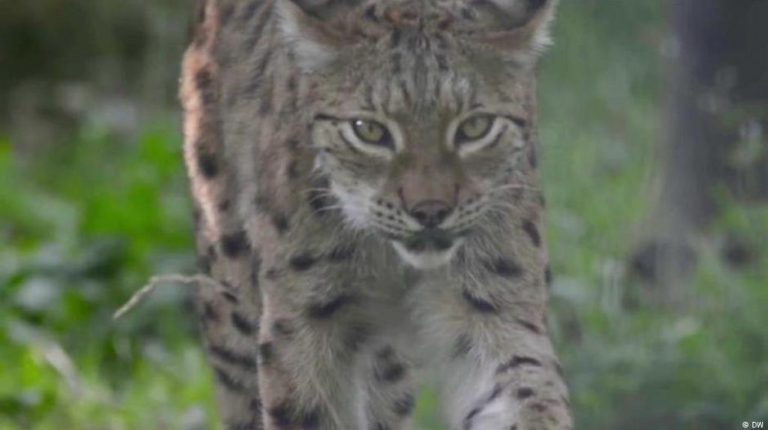 Environmental activists in four countries in the western Balkans work together to save one of the rarest cats in the world – the Balkan lynx.Project goal: To grow the population of the critically endangered Balkan lynx and to establish a cross-border protected area, which will allow the wild cats to reconquer their original habitat
Project size: cross-border protection project in the western Balkans with participating NGOs from Macedonia, Albania, Kosovo and Montenegro
Project partners: Macedonian Ecological Society (MES), Protection and Preservation of Natural Environment in Albania (PPNEA), FINCH, Environmentally Responsible Action (ERA) in Kosovo, Center for Protection and Research of Birds in Montenegro (CZIP), National Parks of Montenegro, Carnivore Ecology and Wildlife Management (KORA) in Switzerland
Projekt duration: the “Balkan Lynx Recovery Programme” was initiated in 2006 by the German foundation EuroNatur and the partner organizations.

The Balkan lynx is the biggest endemic cat in the Balkans and is critically endangered. Nonetheless, protection of the rare animals is still in its infancy in Kosovo. Azem Ramadani and his fellow campaigners at the NGO Finch have to start by setting up camera traps to figure out how many of the animals there still are. Their partners in Macedonia joined the Balkan Lynx Recovery Programme in 2006. They have already equipped lynxes with transmitters, which now allows them to track via GPS where the animals are and where they are moving. Their common goal is a cross-border protected area where the wild cats can multiply again.

A film by Cornelia Borrmann

The cheetahs’ race for survival

Animal rights advocates in Egypt call for laws to be activated