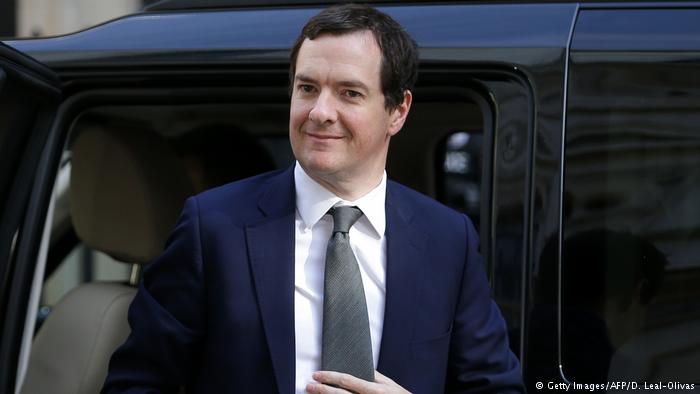 Former British Finance Minister George Osborne has started a new job as a journalist after his failed campaign to keep the UK in the European Union. Will he be more successful as an editor?With a bundle of newspapers in his right hand, former British Chancellor George Osborne turned up Tuesday to start work as a journalist, following last month’s announcement that he would take the reins of London’s main daily paper.

The new “Evening Standard” editor lost his job as finance minister after helping to lead the doomed campaign to keep the UK in the European Union. Osborne is to step down as a member of parliament in the June 8 general election.

Senior UK journalists have mocked what they call Osborne’s lack of editorial experience and potential conflicts of interest, mentioning that he dabbled in student journalism and was proud enough to display the two issues of the magazine he edited in his Downing Street flat.

Osborne himself said “it’s very exciting to be starting in the new job.” He told reporters “it’s a really important time in our country when people are going to want the straight facts, the informed analysis so they can make the really big decisions about this country’s future.”

His salary at the newspaper has not been disclosed. Osborne already has a part-time job with a salary of $838,810 (770,000 euros) a year for working 48 days at asset manager BlackRock.

He also receives 120,000 pounds as a fellow at the McCain Institute in Washington DC. On top of that, Osborne has earned hundreds of thousands of pounds giving speeches.