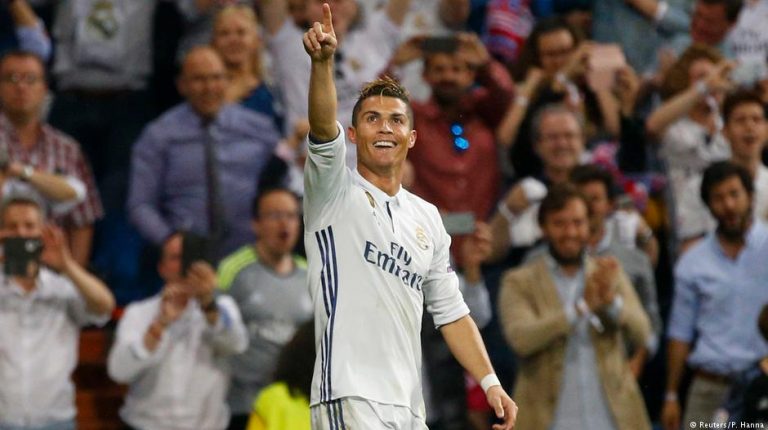 Madrid rivals Real and Atletico were locking horns for the fourth successive season in the Champions League. Much like their previous meetings, Real came out on top, with Cristiano Ronaldo once again the match winner.Real Madrid 3-0 Atletico Madrid
(Ronaldo 10’, 73’, 86’)

Cristiano Ronaldo scored another hat-trick – the 42nd of his astounding Real Madrid career – to leave Atletico facing another Champions League exit at the hands of their city rivals.

Ronaldo dumped Bayern Munich out of the competition with a hat-trick and the Real Madrid marksman was at his clinical best again, as Atletico were outclassed at the Bernabeu. In chalking up another treble, Ronaldo becomes the first player to score a hat trick in a Champions League semifinal since Robert Lewandowski in 2013.

Diego Simeone has built a reputation as one of the most tactically astute coaches in the world, but his Atletico side were found wanting for long periods. Their key players failed to show up and they were a long way off their disciplined best.

As they often do against quality opposition, Atletico’s plan to sit deep and press effectively unraveled as early as the 10th minute, when Ronaldo gave the home side an early lead, nodding in Casemiro’s cross after Atletico had failed to clear Sergio Ramos’s initial ball in.

Such an early blow was a shock to the system for Atletico, who were unable to reduce Ronaldo’s influence or keep Real’s attacking full-backs – Marcelo and Carvajal – at bay. They were also unable to handle Isco, who continues to produce fine displays while deputizing for the injured Gareth Bale. The Spanish attacking midfielder justified his selection, connecting Real’s midfield and attack and not misplacing any of his 42 passes in the first half.

Real enjoyed the best of the first 45 minutes with Luka Modric and Karim Benzema each going to close to doubling the home side’s advantage. Atletico’s only chance of note was a one-on-one for Kevin Gameiro after Antoine Griezmann picked a hole in the Real defence, but Keylor Navas was quick out of his goal to take the ball off the toes of the Frenchman.

Atletico improved after the break, with Real’s attacking threat hampered by an injury to Carvajal that saw the right-back withdrawn for the less effervescent Nacho. Simeone responded with a double change of his own, throwing on Fernando Torres and Nicolas Gaitan as he sought a valuable away goal.

But just as Atletico were injecting more zip into their performance – albeit without creating a genuine goal scoring opportunity – their bubble burst with Ronaldo’s second. The Portuguese bundled his way through Filipe Luis’ weak challenge and slammed the ball beyond Jan Oblak.

Ronaldo wasn’t done there. Collecting another cross from Casemiro, whose pace tore through Atletico’s creaking defence, Ronaldo was left with a straightforward finish, stroking in from 12 meters to make it three, and in doing so chalk up his 52nd Champions League goal. Ronaldo is also the only player to score more than 50 goals in the Champions League knockout stage. Yet another milestone in his dazzling career.

The rest of the contest was a damage limitation exercise for Atletico, who face an uphill task in front of their own fans at the Estadio Vicente Calderon next week. But with such a commanding advantage, Real will be confident of finishing off the job and attempting to become the first team to defend their Champions League crown, at next month’s final in the Welsh capital.