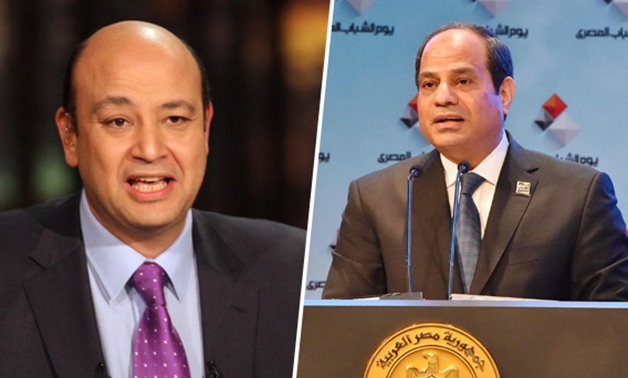 “We are studying a law to limit population growth in the country, as it is one of the biggest challenges facing the county,” President Abdel Fattah Al-Sisi said during a phone call to TV anchor Amr Adeeb’s talk show “Every Day”.

The phone call came during an episode of the TV show discussing poor and green areas in Egypt.

The president noted that challenges of population growth are not less than that of terrorism, as “the state of poverty drives people to extremism.”

The president asserted that tackling such issues—which he characterised as social and humanitarian ones—requires big efforts and huge funds, as well as the contribution of citizens and businesspeople.

“The underdevelopment of villages is growing more rapidly than the state’s development, and, as a nation, we should overcome this issue. When I took office, only 12% of those villages had sewers. Now, 25% of them have sewers, and by the end of June 2018, this number will jump to 40%,” Al-Sisi said.

Al-Sisi stated that there are a number of projects that will be declared in the coming period, reconfirming that the current projects for housing will provide 180,000 housing units and will be completed by 30 June 2018.

The president had previously affirmed this during the National Youth Conference’s second session in Ismailia, while presenting the country’s sustainable developmental projects.

At the beginning of the call, Al-Sisi said that he wants to remind citizens of the Tahya Misr Fund that is aimed at reaching 100bn, which would be dedicated to solving issues of the most vulnerable people of the country. He also emphasised that numerous non-governmental organistations cooperate with the state to rebuild and help the neediest villages across the country.

He added that the problem of green areas, especially in Upper Egypt, can be solved through the assistance of NGOs and the Tahya Misr Fund, continuing that he would have asked banks to contribute, if they were not already facing great challenges given the current economic circumstance.

“Our efforts to combat population growth are substandard, and the issue is not regulated by the law. However, the media must work with us, and we must act intensively on family planning,” the president concluded.