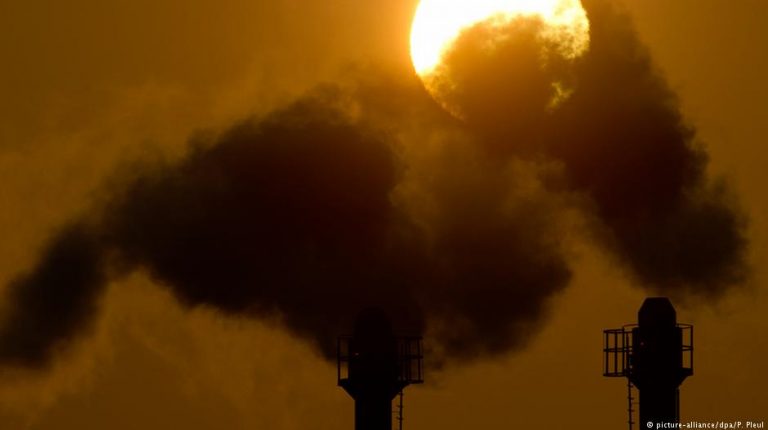 Coal and oil groups “undermine” UN climate negotiations, says Corporate Accountability International. A group of developing countries is calling for big polluters’ lobbyists to be kicked out of upcoming talks in Bonn.As government delegates prepare for the United Nations climate conference in Bonn, Germany, so are hundreds of lobbyists from environmental and human rights nongovernmental organizations, as well as industry representatives.

But according to a report by Corporate Accountability International (CAI), one group of lobbyists is more powerful than the rest: business trade associations with links to the fossil fuel industry.

More than 250 business and industry nongovernmental organizations (also being called BINGOs), many of which are funded by some of the world’s biggest polluters and climate change deniers, lobby the UN climate negotiations and “undermine, weaken, and block progress,” according to the report.

“With so many arsonists in the fire department, it’s no wonder we’ve failed to put the fire out,” said Tamar Lawrence-Samuel, author of the report and International Policy Director of CAI, in a statement.

The interests of some of the biggest and most influential fossil fuel lobbyists are often in stark contrast to the objectives of the UN climate talks.

Industry representatives such as the US National Mining Association (NMA), which aggressively promotes a coal-centered agenda, sit in the same rooms where delegates discuss policy options to avert climate disaster.

The NMA actively participates in UN climate negotiations abroad as it acts against pivotal climate policies at home. In 2016, it filed a lawsuit against the Clean Power Plan, which serves as a blueprint by which the US plans to fulfill its obligations under the Paris Climate Agreement.

Several governments have criticized the contradictions of big polluters’ lobbyists. A group of developing countries are calling for fossil fuel representatives to be removed from climate policy platforms.

Their calls are being heard for the first time officially at a UN climate conference in Bonn (May 8 to 18, 2017), when governments will decide, among other things, how to deal with lobbyists. The proposal by the Like-Minded Group of Developing Countries fraction, which represents more than half of the world’s population, includes a so-called conflict-of-interest policy.

The World Health Organization also has such a policy, which bans tobacco companies’ lobbying. If the proposal were to be successful, it would restrict access of big oil lobby groups to the UN climate talks.

Governments and non-state actors have put forward 40 different proposals on how to deal with lobbyists. Other bids envision an even greater involvement on the part of business and industry.

The UNFCCC said the climate negotiations are a platform open to all interest groups, and rejected criticism by the CAI report.

“It’s no great surprise that there are representatives of all kinds of business and industries that attend the UN climate conferences,” Nick Nuttall, UNFCCC spokesman, told DW. “We, as the UN, take a neutral position. We don’t make any decisions – it’s the governments that decide,” he added.

In the past, the UNFCCC has been an outspoken proponent of including the fossil fuel industry in negotiations. Christiana Figueres, former head of the UNFCCC, responded to earlier accusations with a call to “stop demonizing oil and gas companies” because “bringing them with us has more strength.”

Figueres is among those credited with shepherding the Paris Agreement to success in December 2015.

Other lobbyists, including environmental organizations, agree that the fossil fuel industry should be allowed to lobby.

“If you kick them out, you would also need to kick out other actors such as human rights actors – otherwise it wouldn’t be fair,” Wolfgang Gründinger, a climate protection researcher who also does lobby work, told DW.

“It’s crucial to involve the industry that has to implement the policy proposed by the decision-makers to ensure the results of the negotiations are sound and solid.”

It’s not about whether big polluter lobbyists should be allowed access but how, Gründinger argues: “It’s a question of transparency. All actors should be invited to all hearings and should be listened to equally.

10 incredible things climate change will do