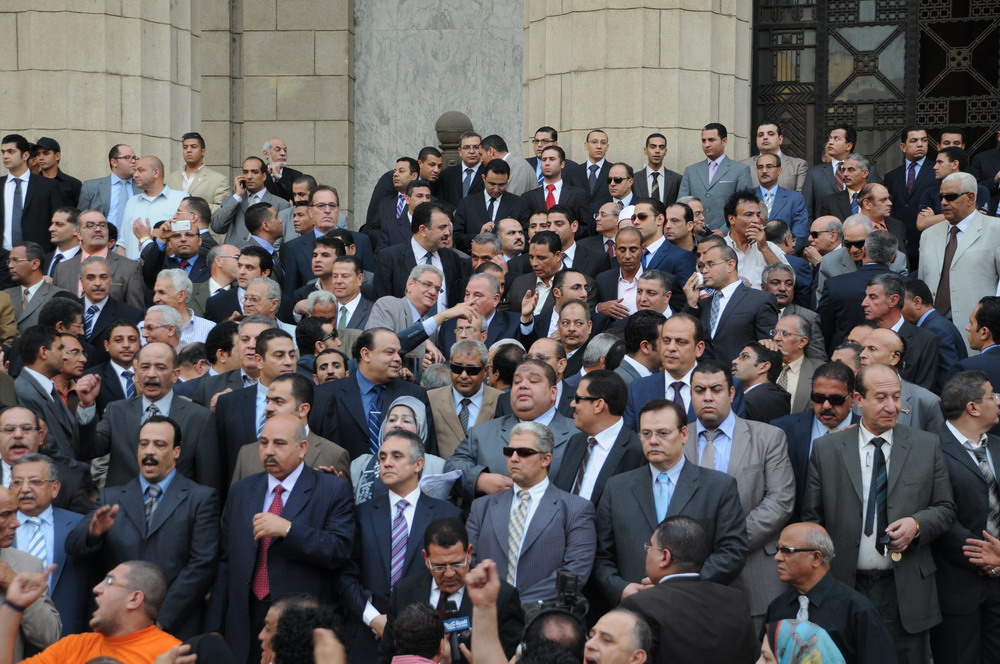 The advisory board of the Judges’ Club decided in a general meeting on Monday to postpone the urgent general assembly scheduled on 5 May to discuss further moves against amendments made to the Judicial Authority Law. The club aims to prepare a new draft law for discussion in parliament as an alternative to the amendments that recently came into effect.

The club further agreed on filing a lawsuit against the law as an alternative plan, believing that it is unconstitutional.

Among the decisions made in the meeting, the club rejected the resignation of its head, Mohamed Abdel Mohsen.

The meeting aimed at holding discussions between the judges and regional clubs over the law in order to reach satisfying results, as disputes occurred among judges on ways of dealing with the issue and some suggested postponing the general assembly and preparing a new bill, while others called for an urgent general assembly.

The assembly was scheduled to be held in participation of all judicial bodies that have to work under the law, including the Administrative Prosecution Authority, State Council, State Commissioners Authority, and Supreme Judicial Council.

Within the past two days, the aforementioned authorities have withdrawn their participation, stating that they will respect the amendments ratified by the president despite their opposition.

Judicial bodies believed that the law is unconstitutional, violating the independency of the judiciary system. According to Article 185 of the constitution, the judicial authority is an independent authority.

The aforementioned authorities stated within the past two days that they will not attend the general assembly as a respect for the authority’s decisions despite their rejection for the law’s amendments.

The law was amended to give the president the power to select the head of each authority, which contradicts the old system that appointed judges based on their seniority.

The law came into affect after President Abdel Fattah Al-Sisi ratified the law, and it was published in the official Gazette