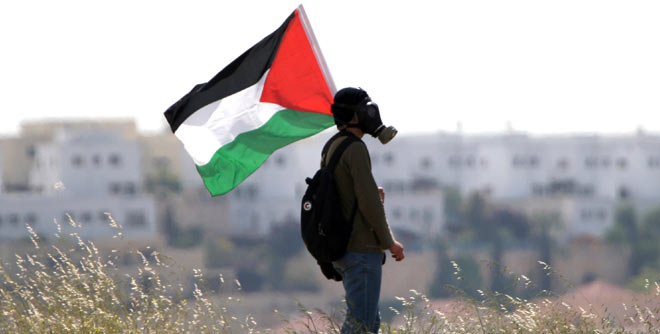 The leftist Al-Tagammu Party called on Tuesday for the establishment of an international committee to visit Palestinian detainees to investigate the conditions inside Israeli prisons, according to a statement from the party.

The statement said that the party is calling for the support of the United Nations and the Red Crescent organisation to establish such a committee.

Head of the party’s Advisory Council, Refaat Al-Said, told Daily News Egypt that several political parties, as well as Palestinian diplomats, participated in the event that the party organised in solidarity with Palestinian detainees on hunger strike.

“Our objective is to deliver our dissatisfaction of the lack of solidarity from the international community and organisations with the detainees,” he said.

However, Al-Said explained that he was supportive of the Egyptian stance on the issue, and that he believed that Egypt was standing in solidarity with detainees.

The hunger strike started on 17 April by more than 1,600 detainees, according to the Palestinian ambassador to Egypt, Gamal Al-Shobky, who said in a press conference in late April that the issue of detainees is a priority for the Palestinian government.