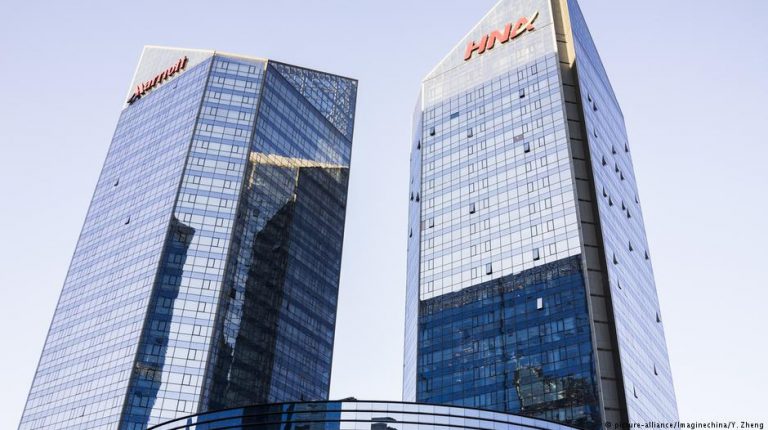 Chinese financial services conglomerate HNA has become the top shareholder in Germany’s biggest lender, Deutsche Bank. The group did not appear to seek a strategic role despite owning shares worth billions of dollars.China’s HNA Group raised its stake in Deutsche Bank to nearly 10 percent, the “Financial Times” reported Wednesday, thus becoming the largest shareholder in the German lender.

A filing made by asset manager C-Quadrat and other entities showed the Chinese had now acquired an aggregate 204.7 million shares.

It took HNA’s stake to 9.92 percent, following an initial stake of 4.76 percent, which it had earlier secured through C-Quadrat.

The “Financial Times” pointed to HNA’s humble beginnings as a regional airline back in 1989, adding that the firm had “transformed itself into a sprawling holding company” with stakes in hotels, banks, airlines and logistics companies.

HNA is widely considered to be China’s most omnipresent overseas acquirer.

FT reporters noted the Chinese group had said it would be a passive investor, not seeking to take a strategic role at Deutsche Bank.

Deutsche Bank CEO in search of a better future