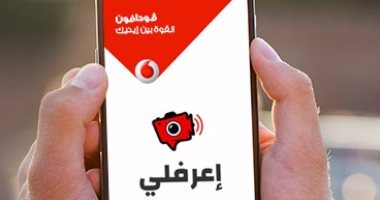 Corporate Social Responsibility (CSR) has risen since the early 20th century due to the increasing separation between state ownership of production and private ownership, as well as the involvement of the private sector in the production process. The classical economic philosophy assumed that CSR is the provision of goods and services to consumers and the payment of wages to employees.

The philosophy of CSR is linked to the emergence of interest groups, such as trade unions, which forced CEOs to pay attention to other issues than maximising profits. At the same time, legislation on the business environment was developed. Governments in industrialised countries, and then in the developing countries, provided tax exemptions for voluntary contributions by companies and associations, which encouraged the big companies to pay attention to the social dimension of companies.

CSR is a voluntary action and there is no limit to providing CSR services, therefore companies in Egypt are competing to provide services to develop the Egyptian society. Furthermore, they participated in conferences, whether internationally or locally, to present their CSR programmes.

In Egypt, there are two CSR forums held annually to provide companies the opportunity to announce their CSR programmes and create a state of integration among CSR stakeholders.

In the current year, the first CSR forum was held on 10 April and the second will be held on 8 May.

From his part, chairperson of CSR Egypt Hassan Mostafa said that the third annual forum on CSR—titled “The private sector’s role in supporting the comprehensive economic programme to achieve sustainable development”—will discuss governorates’ investment plans, the available opportunities for the private sector, and ways to create charity investment funds and invest their returns, in addition to mechanisms for achieving sustainable development and important social responsibility directions in 2017.

The 3rd CSR annual conference was held in April in accordance with the government’s sustainable development strategy for 2030. The conference discussed the impact of CSR initiatives on improving Egypt’s economic competitiveness with participation of a lot of companies and associations, such as the International Labour Organisation (ILO), the Sawiris Foundation for Development, FEI, ALEXBANK, and the ministries of trade and industry, manpower, investment, and social solidarity.

Participants at the 3rd CSR annual conference issued the Cairo CSR Declaration, which includes the conference participants’ agreement to promote the harmonisation of public policies and CSR initiatives to support sustainable development, economic growth, and job creation, in addition to promoting creativity and entrepreneurship in technologies and promoting sustainable products and services that meet social needs.

Among the new ideas in social responsibility was the new Coca-Cola campaign, which decided to draw attention to Egypt’s tourism sector, which has been suffering for some time. Coca-Cola cooperates with the Tourism Promotion Authority and launched the “Coca-Cola is Sweeter in Egypt” campaign to give consumers an opportunity to visit various landmarks and places in Egypt.

Samir added that the company invites Egyptians to visit these cities and tourist destinations to activate and promote tourism in Egypt, as well as foreign tourism to Egyptian cities.

Qalaa Holdings has supported the Run4Water [Running for Life] initiative, which was initiated by Australian lawyer and activist Mina Jolie in Egypt.

Jolie has run 300 kilometres in Egypt’s Cairo, Luxor, and Aswan along the Nile River as a part of her “Run4Water” initiative to raise awareness about water consumption.

The Run4Water initiative aims to raise awareness and provide solutions that effectively contribute to solving the global water scarcity crisis. The initiative includes a 1,048-mile run.

Vodafone Egypt has launched a new application for mobile phones called “E3rafly” to help blind and visually impaired people troubleshoot their daily problems and challenges. Vodafone is developing products and services to integrate all customers from different categories to meet their needs.

The application enables the visually impaired to determine colours and barcodes of Vodafone recharge cards, recognise taxi fares by reading the taximetre, and count and recognise the value of monetary bills in real time.

Audi Egypt to increase loan portfolio by EGP 4.5bn by end of 2017

Third CSR session to launch on 8 May