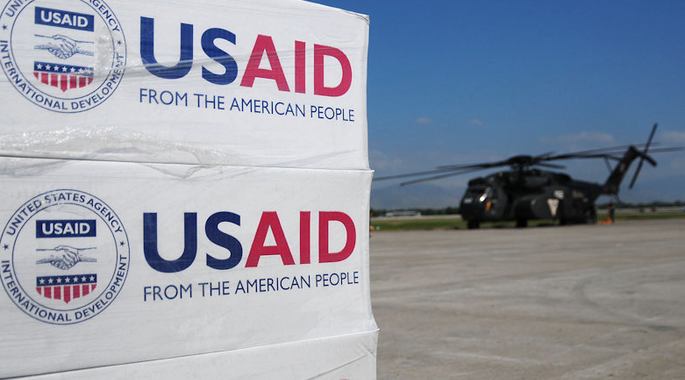 Washington DC – The US administration has decided to reduce its economic aid to Egypt to $112m, down from $150m, pending Congress approval, said Amr Kotb, director of external relations at the Tahrir Research Institute.

In a press statement on the sidelines of the door-knocking campaign in Washington, Kotb attributed this decision to the failure of Egypt over the past six years, since the 25 January Revolution, to make good use of a large part of the aid. He added that “there is a trend inside the US administration to reduce its expenditures,” noting that Egypt will not be affected by this reduction.

“The Egyptian government has achieved improvement in significant economic indicators; however, the people still suffer from the severe surge in prices. Hence, the government has to control inflation, create jobs, and improve the education and health sectors,” said Kotb.

He added that “President Al-Sisi has made positive steps in this direction, when he launched the [third] youth conference last week, to listen to the young people’s problems.” However, this conference lacked proper representation of civil society organisations, he stated.

Kotb expressed his concerns that the US administration could reduce its military aid to Egypt in the future.

Alison McManus, head of research at Tahrir Institute, upheld this opinion, saying that “the US administration is very concerned about what is going on in Sinai and the terrorist attacks targeting civilians and Copts.”

“No one questions president Trump’s support and respect for Al-Sisi, but this support has not led to any developments on the ground so far. Egypt should not be satisfied with this support, but it should polish its image before the Congress to turn the US support into positive steps,” McManus said.

She noted that Pope Francis’ visit to Egypt had great importance, which improved the country’s image before the entire world, especially following the terrorist attacks on Copts.

The current situation raises important questions: is Egypt still the strategic partner of the United States? Would the political events in Egypt shake the US Congress’ confidence in the country’s ability to face political and security challenges? Might the US search for other partners in the region?

World Bank allocates $500m for development of Sohag and Qena