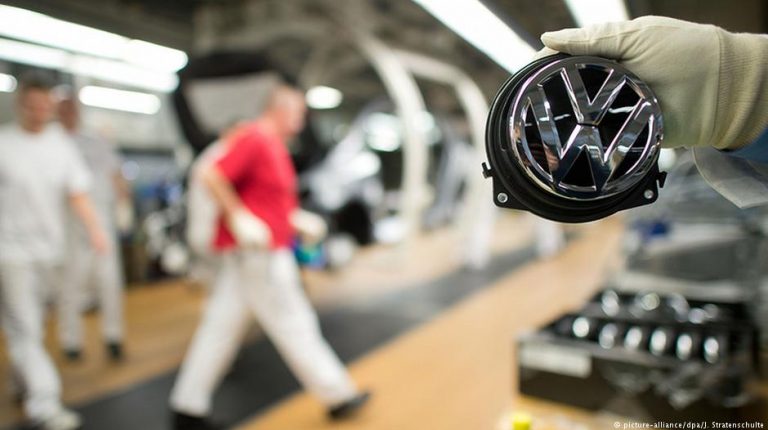 Scandal-hit German carmaker Volkswagen has reported one of its highest-ever quarterly earnings. The solid result came on the back of substantial cost cuts and despite a decline in overall vehicle sales.Volkswagen announced Wednesday its bottom-line profit climbed by 43.9 percent to 3.4 billion euros ($3.7 billion) in the first quarter.

The company’s revenues for the same period increased by 10 percent to 56.2 billion euros, despite a slight decline in vehicle sales.

Results were helped by a series of cost-saving measures at VW’s troubled core division, providing a sign that long-overdue cuts were beginning to materialize as the Wolfsburg-based automaker pushed to overcome its emissions-cheating scandal.

Executives on Wednesday confirmed an earlier outlook for the whole of 2017, sticking to its target of a near-4-percent increase in revenues.

“Challenges will arise, though, particularly from the economic situation, intense competition in the market, exchange rate volatility and the diesel issue,” the carmaker said in a statement.