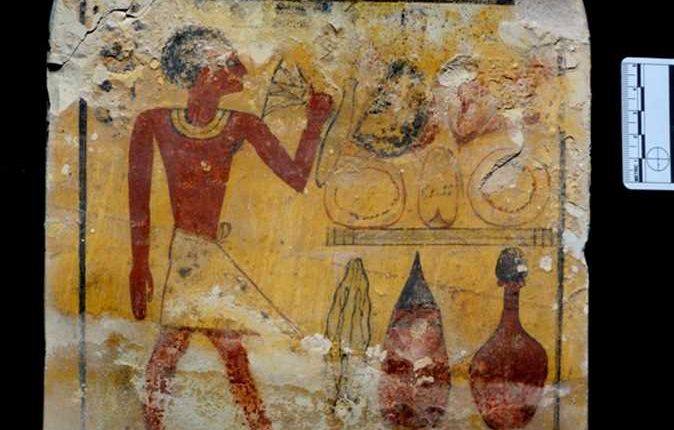 Mahmoud Afifi, head of the Egyptian antiquities sector at the Ministry of Antiquities, announced in a press statement on Wednesday that the Spanish archaeological mission in Dra’ Abu el-Naga, west of the city of Luxor, has successfully unearthed a funeral garden during the archaeological excavations in the courtyard of one of the tombs of the Middle Kingdom of Egypt.

The importance and value of this disclosure is the uniqueness of the garden and the fact that it was never found before in the ancient city of Thebes, where funeral gardens were previously unknown to archaeologists except through the carvings and murals painted on the entrances of the tombs of the New Kingdom of Egypt, according to Afifi.

“It also sheds light on the environment and the work of afforestationthat took place in the city at the time,” Afifi stated, referring to the act of planting trees in the desert.

Moreover, José Galan, the director of the Spanish mission operating on site and research professor at the Spanish National Research Council in Madrid, said that the garden is a small 2-by-3-metre rectangle divided into squares, each with an estimated length of 30 cm.

He explained that the garden contained different kinds of plants and flowers, adding that the mission also found in one of the sides of the garden the roots and trunk of a small tree, which dates back to 4000 BC. This is in addition to the bowl containing dates and other fruits, which were probably presented as an offering to the gods.

On the other hand, the mission also found a small funeral compartment near the front of the cemetery, which contained three rock funereal stelae dating back to the era of the 13th Dynasty, said Hani Abu-Elezz, head of the ministry’s central department of Upper Egypt.

According to Galan, the early studies reveal that the owner of one of them was called Renef Seneb, and the owner of the second was “the citizen Khemenit, son of the lady of the house, Idenu.”