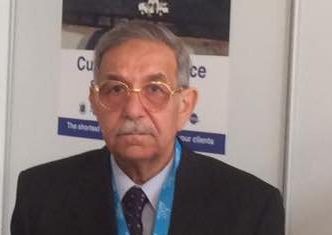 With the Breakbulk exhibition kicking off, Al-Borsa sat down with Mohamed El Dahshan, chairperson of Khedivial Marine Logistics (KML), to talk about the challenges and opportunities of the heavy haulage sector in Egypt in general and his company’s future in particular.

What does your participation at the Breakbulk exhibition mean to you and what are the benefits?

The Breakbulk Europe exhibition is the most important international gathering of project freight forwarding companies, international carriers, and ship agents. It’s an opportunity to meet face to face with the top management and decision makers of participating companies to exchange knowledge and forecasts of new business opportunities all over the world. It’s all about networking and business development. We have been attending the Breakbulk expo for the last ten years, but this year we decided to participate as exhibitors with our own booth.

What are the main challenges of the heavy lift transportation industry in Egypt?  Does the infrastructure of Egyptian ports represent an obstacle to the growth of this industry?

What are the features of this market in Egypt in terms of investment size, the number of companies operating, and competition?

I have personally been in the shipping business for over 40 years, and I can honestly say that the policy of the Egyptian government with the new projects all over Egypt has had a positive impact on the Egyptian economy.  It has opened the door for local project forwarding companies to participate in these mega projects.  Our company KML succeeded to participate in a number of these projects, for example the New Suez Canal and power plants.

Did the specialized heavy haulage companies benefit from Egypt’s execution of several mega projects, which required the transport of equipment for new power plants, the New Suez Canal, and the development of the Suez Canal Economic Zone?

All major Egyptian heavy haulage companies benefited greatly from the huge amount of cargo movements. In fact, there were times when there were shortages of equipment in the market and this opened the door for new players to enter the market. I would say that all the big forwarding companies that participated in the mega projects gained excellent experience. It has been a long time since Egypt witnessed these kinds of mega projects with the big number of heavy pieces and over-dimensional cargoes, which posed great challenges in terms of their movement.

What is your company’s turnover in 2016 and what were the major projects handled?

Our company’s turnover for the year 2016 was around $20m. We have been heavily involved in the Siemens power plants of Beni Suef and the New Administrative Capital. Over and above, we have been transporting a huge number of production lines for the manufacturing industry, cement, steel and FMCGs. 2016 has been a record year for us in terms of job orders, transports of low beds, HL pieces, general cargo, containers, and other special cargoes.

What are the targets and forecasts for 2017?

For the first half of 2017, we will still be busy with the existing mega project transport contracts that we have. We have also been bidding on several projects, but none as big as what we have been transporting in 2016. However, we are optimistic that several delayed green energy projects will pick up this year. Other than power generation, the industrial sector is still going strong for us this year.

How will the Egyptian Ministry of Transportation’s decrees 488 and 800 affect the shipping business in general?

It’s self-understood that the aforementioned decrees will have a major impact on freight forwarders and shipping agents in Egypt. Owners will make their studies in which they will compare the cost of calling Egyptian ports with other competitive ports in the region (Red Sea and Mediterranean ports). It’s all a matter of cost versus benefit. Owners will always cut costs, even if it means changing the hub port. Unfortunately, we will have to wait and see the reaction of owners and the resulting impact on Egyptian ports.