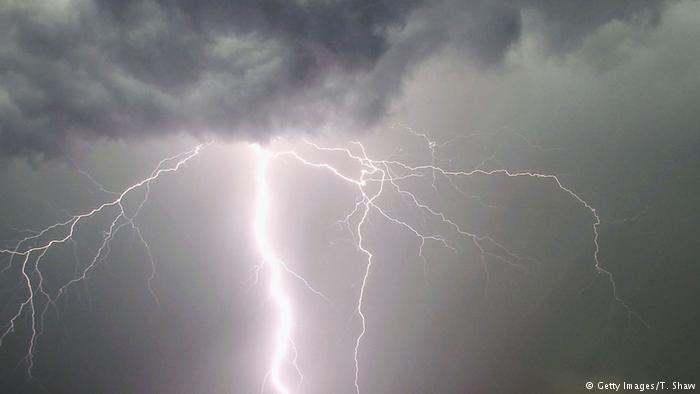 Climate change will bring some surprising effects: Bumpy plane rides, greater mood swings and more volcanic eruptions are just a few of the things we can expect over the decades to come. And yes, even more lightning.We’re already familiar with some of the more evident effects of global warming such as melting glaciers and more extreme weather events. But few people are aware of some of the other, less obvious – and completely surprising – impacts of our changing climate, which could have a serious impact on the way we live.

1. Airplane turbulence will get worse

Unfortunately, we can expect air travel to become even more stressful – thanks to the effects of climate change.

A recent study by researchers at the University of Reading in the United Kingdom looks into the relationship between clean-air turbulence and anthropogenic climate change. Using the popular flight corridor between Europe and the United States as an example, they examined various strengths of turbulence and how each will change in the future if carbon dioxide levels were to double.

The results showed that severe turbulence is likely to dramatically increase by up to 149 percent as a result of stronger wind shears within the Earth’s jet streams. These are narrow, fast-flowing, meandering westerly currents found near the tropopause, which are frequently used by commercial airlines as a means of saving time and fuel.

2. Icebergs will clog up shipping lanes

No ship has been struck by an iceberg in the North Atlantic Ocean since the Titanic sunk in 1912 and the International Ice Patrol was subsequently formed. But patrol workers are likely going to get a lot busier soon.

In early April, more than 400 icebergs clogged up shipping lanes in the North Atlantic, forcing ships to take detours of up to 400 nautical miles – wasting significant time and fuel in the process.

While icebergs are common in these waters, their number and timing is unusual. Experts say climate change could be to blame. The icebergs begin their journey after breaking off a glacier in Greenland, which is influenced largely by winter weather, especially storms accompanied by strong winds. Rising temperatures also lead to the melting of ice sheets, causing more chunks of ice to break off and float into the open ocean.

Heat energy acts as a form of fuel for storm clouds. So as global temperatures continue to rise, we can also expect more active thunderstorms.

Although there are a number of downsides to this phenomenon – including a probable increase in wildfires – lightning actually produces a powerful chemical reaction that can be beneficial for Earth’s atmosphere.

You would be forgiven for thinking that climate change and volcanic activity are completely unrelated phenomena. But the workings of our planet are interconnected in suprising ways.

In places like Iceland, volcanoes and glaciers have coexisted for thousands of years. However, as glaciers melt due to rising temperatures, the pressure on the Earth’s mantel decreases, which in turn increases magma amounts while reducing stress on a volcano’s magma chambers. This leads to higher volcanic activity, along with the travel chaos that often follows.

There is a historic precedent to this prediction: 12,000 years ago, Iceland was covered by a glacier as thick as 2 kilometers. When that glacier abruptly melted due to a warming trend, a huge surge in volcanic activity followed.

Even our mood isn’t immune from climate change. Researchers in social psychology have long highlighted the link between warmer climates and higher levels of impulsive behavior and even violence.

This has been shown in regions closer to the equator – if global temperatures continue to rise as expected, we could also begin to see behavioral changes in areas further north.

In addition to having to contend with warmer weather, there is also evidence that climate change will further fuel global conflict by adding stress on natural resources like food and water.

6. The ocean will get darker

We can expect our oceans to gradually become murkier as the effects of climate change become more apparent over time.

While climate change is often associated with higher temperatures and drought, it is also expected to increase annual rainfall in some areas of the world. This will create faster-flowing rivers, which in turn churns up more silt and debris before this water meets the ocean.

This phenomenon has already been observed along the coast of Norway, where the ocean water has become increasingly darker due to an increase in precipitation and melting snow.

As if getting angrier wasn’t enough: If you’re one of the many people who suffer from springtime allergies, you should probably start stockpiling your medication.

Warmer temperatures also mean longer and earlier blooming seasons for allergy-triggering plants like dandelions and ragweed. Pollen counts are likely to double over the next three decades in the United States – and “sneezing season” will also kick off in the future as soon as the first week of April.

This one may take a bit longer to become apparent – but the development of smaller mammals has been a common evolutionary response to past global warming events.

During the Paleocene-Eocene Thermal Maximum, around 50 million years ago, mammals were “dwarfed” after global temperatures rose 5 and 8 degrees Celsius.

Like all examples of evolution, the reason for this shrinking comes down to basic survival: As nutrients become more scarce due to rising temperatures and drought, larger animals struggle more than their smaller counterparts to fulfill their nutritional needs.

Believe it or not, deserts are actually teeming with life – also in the form of bacterial colonies. These colonies grow so large, in fact, that they form strong layers known as “biocrusts” that prevent soil erosion.

But different kinds of bacteria thrive in different temperature ranges. So as the climate continues to change quickly, these bacteria could find it difficult to adapt. If desert soil could becomes more prone to erosion, it would not be fertile enough to support plants and feed animals.

Ants play a more important role in the planet’s ecosystem than you may realize. In spite of their status as a pest, ants helps plants by controlling other insects, circulating vital nutrients and turning over the soil, among other things.

But ants appear to be ill-equipped to handle the rising tempertatures caused by climate change. A study carried out at Harvard Forest in Massachusetts revealed a susceptibility of ants to even slight temperature increases, with the most important seed-dispersing species essentially shutting down and retreating to their underground nests until conditions improved.

WDEPC to pay JPY 327m to Mitsubishi next week