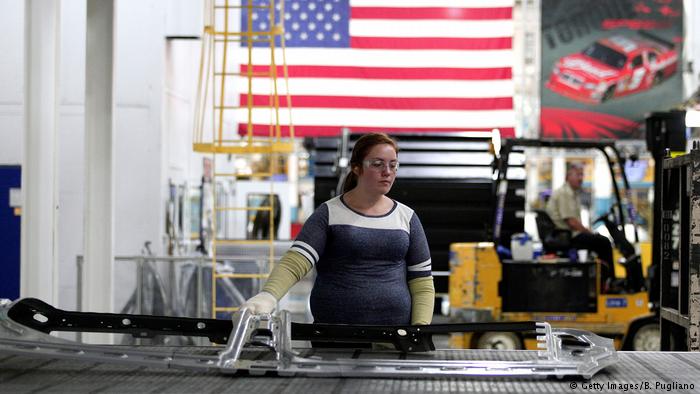 Bouncing back from weakness in March, the pace of US jobs growth accelerated again in April, driving the unemployment rate to its lowest level since 2007. Wage growth, however, didn’t keep up.After a slow March, when hiring likely was held down by a winter storm, the US economic engine last month added an estimated 211,000 net new positions while the jobless rate fell to 4.4 percent – the lowest since May 2007.

The result handily surpassed analysts’ consensus, which had predicted 180,000 new jobs for the month and a rebound in the unemployment rate to 4.6 percent.

However, the new figures released by the US Labor Department on Friday also showed a decline in the labor force participation rate, dipping from 63 percent to 62.9 percent, which means that fewer Americans at working age were actually employed or seeking work.

April saw job gains in leisure and hospitality as well as health care, which added a collective 92,000 net new positions. Bars and restaurants also continued to hire, adding 26,000 jobs last month, bringing the 12-month total for the industry to 260,000.

Wages continued to climb in April, with average hourly earnings rising nearly 0.3 percent for the month to $26.19, which is 2.5 percent higher than the same month last year.

This was the weakest pace since August 2016 though, and might be an area of concern for the US central bank, the US Fed. It could also weaken its case for another interest rate increase as soon as June.

James Knightley, a senior economist at ING, said that the decline in wage growth was the “one disappointment” in the figures. “The fact that we are still quite a way away from [the Fed’s target of] three percent wage growth means that there is no real pressure on the Fed to accelerate the pace of interest rate hikes,” he added.

Other analysts shared the view that it was now unlikely for the Fed to become more hawkish and consider more than the three rate hikes financial markets expect for the whole of 2017.