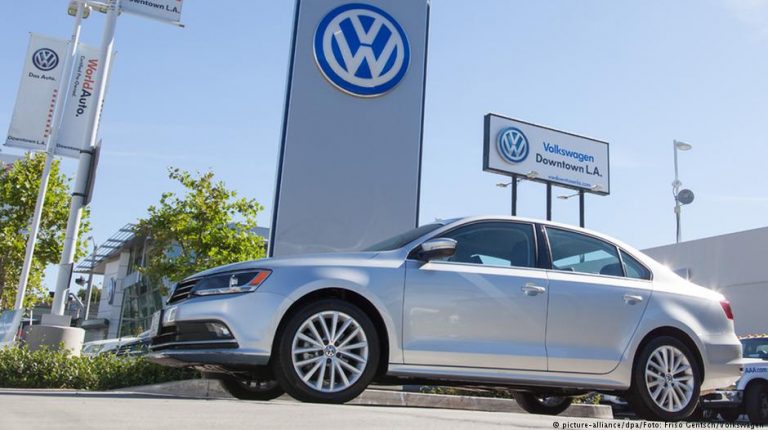 Scandal-marred German automotive giant Volkswagen says it’s making swift progress in executing its transition plan aimed at overhauling its core brand and transforming it into a world market leader in electric vehicles.VW’s core brand Volkswagen says it expects to complete repairs of all its diesel-powered vehicles in Europe affected by the defeat devices the company used to falsify emissions tests. “Things are going according to plan,” said brand chief Herbert Diess at the company’s annual performance review in the German city of Wolfsburg on Friday.

In Germany, almost three-thirds of the vehicles have already received a software update, and across Europe that figure remains at over a half, the Wolfsburg-based firm said.

The German 12-brand carmaker also wants to increase profitability at its core division, which has long suffered from low margins and been a drag on the group’s finances.

The company was plunged into its worst-ever crisis after it emerged in September 2015 that it installed emissions-cheating software in 11 million of its diesel engines worldwide.

The scandal shook the company’s reputation, but it seemed to have little effect on the firm’s standing with drivers as the company kept its top spot in terms of sales in 2016.

Still, the scam led to personnel and strategy changes at the firm, with Volkswagen presenting its ambitious “Transform 2025+” plan aimed at making the company a global leader in the production and sale of electric cars by 2025.

As part of the strategy, VW has said that it would launch more than 30 battery-powered electric vehicles over the next 10 years, and that it was anticipating sales of 2 to 3 million e-cars by 2025 – or around 20 to 25 percent of total sales volume.

VW CEO Matthias Müller has also laid stress on developing battery technology, saying that it would have to be among the firm’s core competencies. At present, e-car makers rely heavily on external battery producers.

And fully autonomous cars with self-driving systems also figure prominently in VW’s strategy, with the company’s own in-house developed model targeted for a market launch in 2021, helped along by 1,000 additional software specialists to be added to the carmaker’s workforce.

Despite the scandal and its associated penalties running into billions of dollars, Volkswagen’s profits have remained on a strong footing. In the first quarter of this year, the group’s operating profit jumped by 40 percent to 4.37 billion euros from 3.13 billion euros a year earlier. The company’s revenue for the same period posted an increase of 10 percent to 56.2 billion euros, although it saw a slight decline in vehicle sales.

The results were helped by a series of cost-cutting measures put in place by Volkswagen, aimed at reducing costs by 3.7 billion euros ($3.9 billion) annually by 2020. The firm also plans to slash about 30,000 jobs in the next couple of years, some 23,000 of them in Germany.