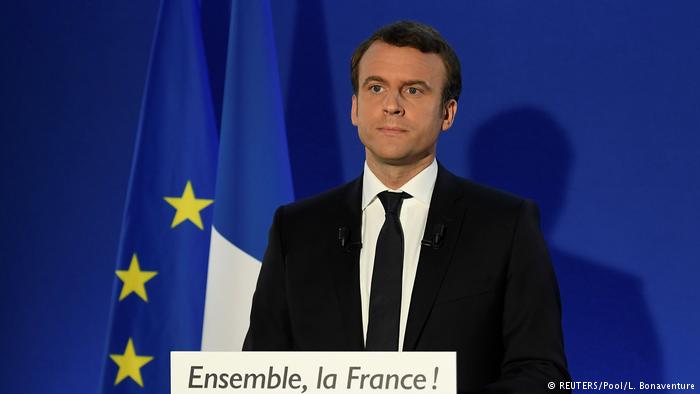 The euro rallied strongly after the centrist’s victory eased concerns about France’s future in the eurozone, but ceded its gains quickly as nothing’s been won yet regarding the country’s ailing economy.The single European currency touched $1.1023 in Asian trading on Monday – its highest level since November and up from $1.0998 on Friday afterthe 39-year-old former investment banker beat far-right rival Marine Le Pen in the French presidential election. The euro also hit a one-year high of 124.59 yen from 124.05 yen on Friday.

But the gains were short-lived and modest compared with the reaction following Macron’s first-round victory last month with markets largely pricing in the result.

The vote effectively eliminates any risk of France leaving the single currency bloc a departure advocated by the eurosceptic Le Pen. Imre Speizer, senior markets strategist at Westpac NZ admitted that the market’s response was “more measured” than he’s expected. “It’s the expected outcome. It’s more emphatic than expected but there’s no surprise element for the market in Macron winning.”

Yukio Ishizuki, senior currency strategist at Daiwa Securities, noted that the euro’s brief rally was exaggerated by thin trading in early Asian dealing. As more players were returning to the market, the euro was likely to fall further as investors would try to “lock in profits,” he added.

European equities were following a similar pattern Monday morning. The Paris stock market briefly touched its highest level since 2008, with the CAC-40 index gaining 0.17 percent before falling back at the open Monday.

Apart from cashing in on record stock valuations, analysts said market developments also reflected investor concerns over whether Macron, an independent, will be able to push economic reforms through the National Assembly without any deputies.

“The bigger question is how much of a mandate will Macron’s party get in the parliamentary elections coming up next month,” Phil Borkin, senior economist with ANZ bank told AFP. “That calls into question any longevity in a rally at this stage,” he added.

The yield on French government debt is steady at 0.77 percent, while oil prices edged higher, with Brent and WTI both up by over 0.6 percent.