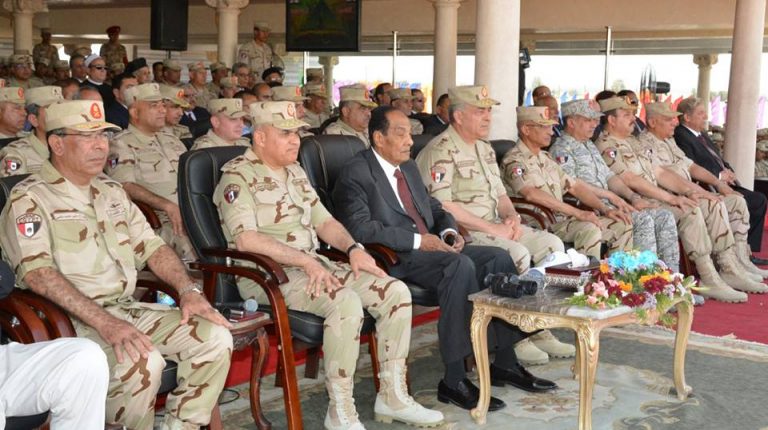 The Egyptian armed forces celebrated on Monday the staff handover in the second army, and the appointment of general Khaled Megawer as leader.

Minister of Defence Sedki Sobhi attended the celebration and rewarded the former leader of the second army general Nasr Asy with the armed forces decoration.

In a separate incident, military chief of staff Mahmoud Hegazy viewed on Monday naval weaponry, security, and training during his visit to the Navy College, according to a statement from the Ministry of Defence.

Hegazy was briefed by officers on the latest naval projects in Alexandria, the development of training strategies, and discussions with faculty members on training techniques, the statement added.

During the visit, Hegazy stressed that the military institution is in the process of innovating strategies and technologies when it comes to the naval forces.