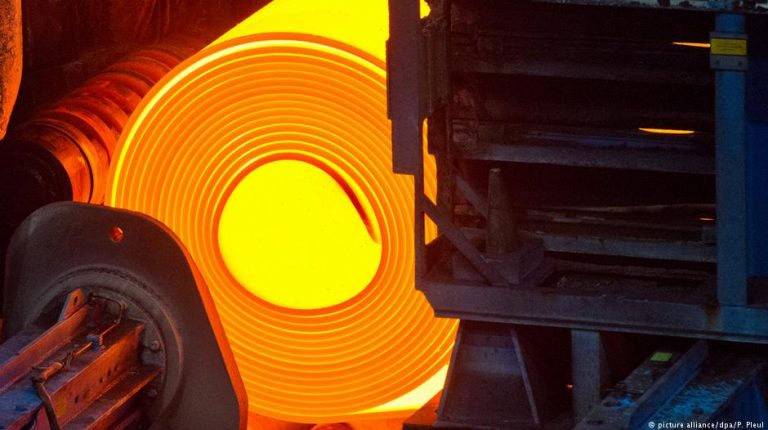 South Africa’s minister of trade has said he wants to see emergency safeguard tariffs in place by July. He said higher duties were urgently required to protect the domestic industry from foreign competitors.South Africa had no choice but to impose emergency safeguard tariffs on imports of certain flat hot-rolled steel products to protect local industry, Minister of Trade and Industry Rob Davies said on Monday.

Africa’s most industrialized nation is proposing to implement safeguard duties from July, it said in a filing published by the World Trade Organization.

“The levels of protection are modest by global comparison,” Davies told Reuters.

“We got to defend to ensure we maintain the primary steel manufacturing in South Africa,” he added. “If we let it go then there will be a huge knock-on effect for the industry as a whole.”

Domestic steel producers have complained that China, which produces half of the world’s steel, has been dumping excess output as consumption wanes at home. Low-priced imports have resulted in low sales volumes for South Africa’s own firms.

Emergency tariffs are used in the event of an unforeseen surge of imports that threatens domestic producers. They are allowed under WTO rules, but have to be notified to the trade body and justified by data.