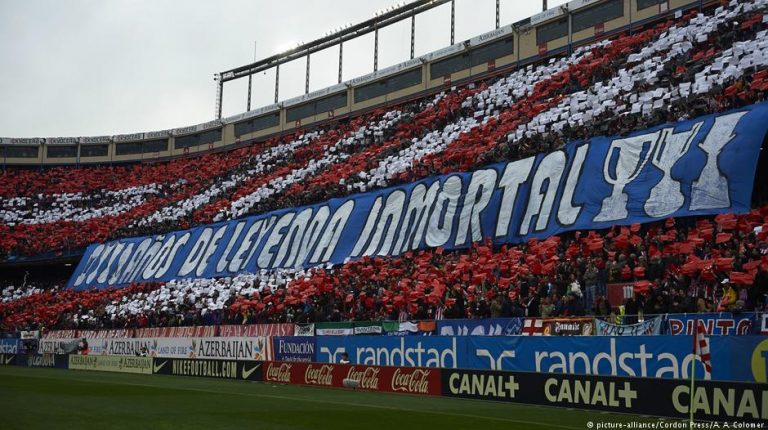 Trailing 3-0 from the first leg, Atletico Madrid face a seemingly impossible battle to prevent local rivals Real from heading to Cardiff. Atleti can only hope for a memorable European farewell to the Vincente Calderon.Only the most unlikely of turnarounds can prevent Real Madrid from reaching a second straight Champions League final when they travel across town to face local rivals Atletico on Wednesday.

Cristiano Ronaldo’s second hat-trick in two consecutive Champions League games means Real go into the second leg with a 3-0 lead and as clear favorites to head to Cardiff in June – after all, no team has ever recovered from a two-goal deficit in a semi-final in this competition.

Eleven-time European champions Real are going from strength to strength. Since their dramatic 2-3 Clasico defeat to Barcelona last month, Zinedine Zidane’s side have won their last four games by a combined score of 15-3, including last week’s emphatic first-leg win.

Zidane made a raft of changes as his team swept aside relegated Granada 4-0 at the weekend but, despite defenders Pepe and Raphael Varane returning to training, the Frenchman is expected to field the same XI which took to the field in the Bernabeu last Tuesday, except at right-back – where Danilo or Nacho will replace the injured Daniel Carvajal.

“We are not going to change the way we play,” Zidane said this week. “Our way of playing is always to give our best and that won’t change. The message to the players is to continue on the path that we are on and give everything out on the field.

“Atletico will have their weapons, so we have to give our all from the first minute, we are clear about that,” he continued. “The players have worked with great professionalism for nine months to get this far and it would be an injustice to ourselves to stop that now.”

The match will be the final Madrid derby at the Vincente Calderon before Atleti move into the brand new Wanda Metropolitano – and it will also be the final European game at the ground. Diego Simeone will hope his side can conjure up a repeat of their 4-0 La Liga win over Real in February 2015 to give the stadium a proper send off.

Not that Atletico’s current league form gives them much reason to hope, having lost at home to Villarreal and scraped fortunate 1-0 wins over Espanyol and Eibar of late, the latter effectively guaranteeing them 3rd place.

Having also lost to Real in two recent Champions League finals (Lisbon in 2014 and Milan last season), it doesn’t look good for the Red and Whites, but midfielder Saul Niguez believes an early goal and the support of Atletico’s fanatical supporters could help turn the tie around.

“We have to give everything so that the fans can be proud of their players,” he told Madrid-based football daily, Marca. “But we mustn’t go crazy; it is a complicated situation and we’ll have to go step by step. A first half goal would give us a lot of strength and I’m sure our fans can make Real very nervous.”