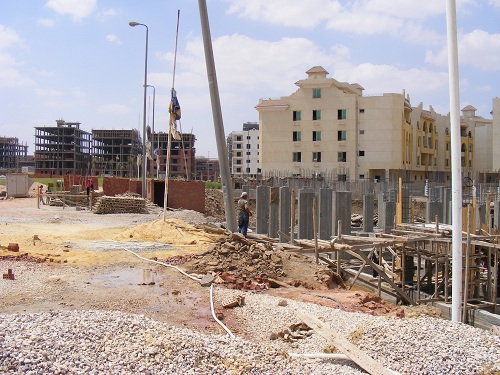 Contracting companies submitted a petition to Prime Minister Sherif Ismail to intervene to save the Egyptian construction companies from layoffs and bankruptcy by issuing a cabinet decision to extend the duration of projects during 2016 for three months starting with the announcement of the Compensation Law in the official gazette.

Sahl Al Damrawi, a member of the association of businesspeople and of the union of building and construction, said that the demand is fair and right for companies as they have to bear all the negative impacts of the flotation of the pound and that they have to carry out and implement the construction works at double costs, which led to heavy losses.

He explained that many companies had to sell their properties to cover the expenses. This led to the bankruptcy of more than 2,000 companies and them dropping out of the construction market, as many of them fell victim to bankruptcy and many would be subjected to imprisonment as a result of their debts.

He added that this sector is the one that bore the heaviest burden in finishing most of the national projects, whether building large projects, like bridges, social housing, or healthcare buildings, or paving thousands of kilometres of roads.

He stressed that the Egyptian state needs to maintain this sector to complete national projects and for the implementation of the state’s development plan, reduce the unemployment rate, and transferring the contracting profession—as it can solve the economic crisis and will be a sustainable solution—while also injecting at least $50bn annually by exporting services of this sector to Arab and African countries.

He noted that the treasury of the state will only bear a small amount of the value of the compensation, and other parties such as unions, cooperatives, clubs, and banks will bear the rest of the amount.