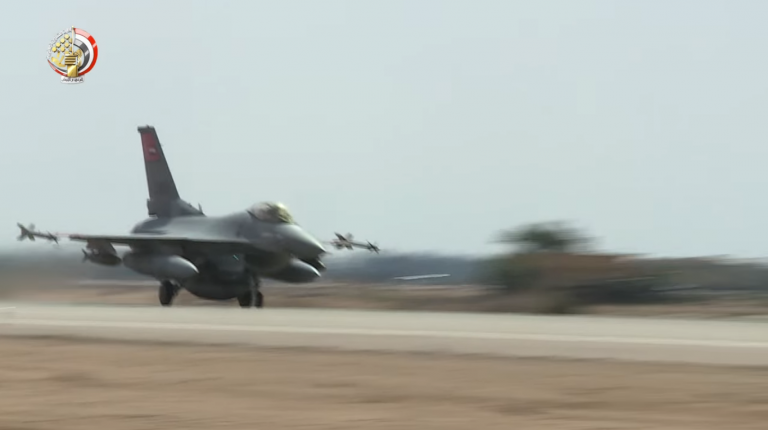 The Egyptian air force prevented an attempt to smuggle arms into the country through the western borders with Libya, a statement by the spokesperson of the military forces, Tamer Al-Refaee, said on Monday.

According to the statement, the Egyptian military intelligence received information about the operation, and the air force launched a raid, which targeted the convoy and destroyed it in a 48-hour operation.

Egyptian air force and border guards continue searching for the smugglers, according to the statement.

The official page of the military spokesperson on Facebook published a video showing the operation and how the Egyptian air force targeted the vehicles.

The 1,000-kilometre Egyptian-Libyan border has witnessed several smuggling operations, especially since the Arab Spring in both Egypt and Libya.

Moreover, Al-Farafra Oasis witnessed a major attack in 2014, when a checkpoint attack took place, conducted by 20 armed men in vehicles equipped with explosives, resulting in the killing of 22 Egyptian border guards.

Military expert Khaled Okasha told Daily News Egypt that the military lured the smugglers into the Egyptian desert and then the air force launched the operation and shelled the smugglers twice.

Extremist groups have started to conduct attacks outside Sinai. The last attacks happened in Tanta and Alexandria, where two suicide bombers affiliated with the Islamic State group killed 45 and injured dozens in attacks on two churches during Palm Sunday celebrations in April.

The operation was a result of cooperation between Egyptian and Libyan intelligences amid the rule of Libyan forces of renegade general Khalifa Haftar, military expert Abdel Rafea Darwish told Daily News Egypt.

The Egyptian-Libyan relations reached a high level amid Haftar’s leadership to the Libyan National Army. In 2015, Egypt’s air force launched an operation in Libya, hunting elements from the Islamic State group, which previously published a video showing the beheading of 21 Egyptian Christians in Libya.

Egyptian economy is stabilising after bottoming out in Q4 2016: Emirates NBD