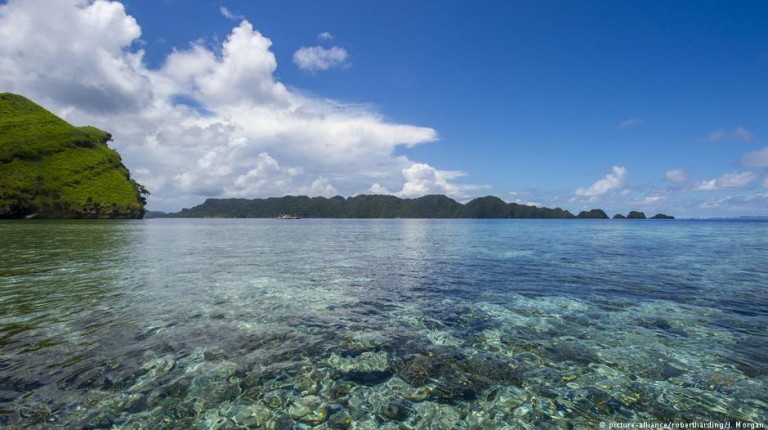 Coral reefs are vital for the health of the planet, but they are systematically dying. In Fiji, a coral gardener is trying to save the world, one reef at a time.Austin Bowden-Kerby might not be a young man, but he is brimming with the energy and passion of youth. “Wow! Look at this coral,” he says. I swim over. “It’s a staghorn. They’re very rare here.”

We’re exploring in waters off the Beach House, a small retreat on Fiji’s famous Coral Coast. Soon after, another call: “I found Nemo.” A shy clown fish darts into hiding. Later, Bowden-Kerby chomps into edible seaweed drifting past. “They say it’s a great aphrodisiac,” he winks.

His enthusiasm for life on the reef is infectious, but it hides the more serious concern that these reefs that he loves might not be around in a few decades from now. “Most of the projections say by the year 2050 the coral reefs will be gone,” says the American-born marine biologist who now calls Fiji home. “We all know our home is in big trouble… we are out of balance.” But why focus on coral?

Coral reefs provide food, livelihoods and coastal protection to a billion people worldwide. They occupy less than one percent of the ocean’s area, but are home to a quarter of all marine species.

According to Bowden-Kerby, coral reefs are the most sensitive of our environmental systems. They are the front line in the battle against climate change. “If we can save this system, we can save the planet.”

To save a reef, garden it.

But how do you save a coral reef? Here’s one way: cultivate it, harvest it, re-grow it, garden it. Austin Bowden-Kerby, who has been working in the ocean for more than 40 years, is a coral gardener. The idea was planted – literally – on the dynamite-blasted reefs of Micronesia.

“I tried breaking up corals, branches of corals, and throwing them down. And on these broken areas I got instant reef.”

It wasn’t instant – the coral branches he placed on the rubble of dead reefs took at least six months to fully establish themselves – but they did grow.

Decades on, Austin has used coral gardening techniques to start rebuilding reefs across the world, and has trained others to do the same, though he says it’s not a quick fix. “I don’t pretend I’m trying to replant the whole reef. You can’t do it,” he says, adding that what you can do is replant a patch to create “a pocket of health” that will grow and spread on its own.

So how does it work? First, find a good spot that has everything a garden needs – sunlight, space and protection from the elements. Create a nursery where the corals grow. In time, harvest the corals and place them back into the reef, where they take hold, reproduce and spread.

But given rising global water temperatures, the ocean expert is focusing on planting corals he knows can withstand hotter water without bleaching. He calls them ‘super corals.’

I follow him as he hunts for surviving super corals, but there aren’t many to be found. When he finds a small colony he is ecstatic. He carefully detaches the coral from its rock and transports it back to the nursery for experimentation.

“Unless we actually know that what we’re planting will survive into the future, why plant it?” Austin is looking for as many different species and genotypes of coral as he can find to put in the super coral nursery. Some may not survive the summer, but the ones that do, will be some of the toughest corals around.

In a year or so, they will be trimmed and the second-generation corals put back onto the reef. From there, it will be up to Mother Nature. The corals will grow and eventually spawn, releasing their offspring into the water to create new colonies of heat-resistant corals as far as the tide will take them.

This article was written by Richard Walker, an Australian freelance writer who has lived in several countries across the Pacific. a cooperation with FUTUREPERFECT with the support of the Goethe-Instituts and FUTURZWEI, and is reproduced here with their kind permission.