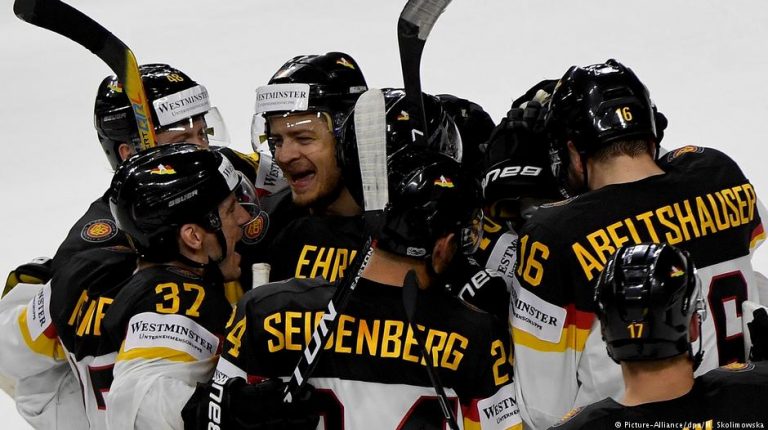 Germany dug deep to claim a thrilling 3-2 comeback victory in a shootout against Slovakia in Cologne on Wednesday night. The cohosts’ dramatic victory keeps their hopes of reaching the quarterfinals alive.Dominik Kahun was the only man to find the net in the shootout after Yasin Ehliz and Patrick Reimer scored within 37 seconds of each other to claw back a two goal deficit in normal time. Lidor Hudacek and Tomas Matousek had given Slovakia the lead.

Cologne native Frederik Tiffels was the star of the show for Germany, who were missing two key attacking players in Tobias Rieder and Patrick Hager. The two points gained for a shootout win puts them up to 4th in group A.

The only dark spot on a positive night for the German side was a possible upper body injury to Thomas Greiss. The New York Islanders’ goaltender, 31, had to leave the field after injuring his upper body but replacement Danny Aus den Birken proved an able deputy, as Slovakia failed to take their chances in the shootout to suffer their third straight loss.

“It wasn’t easy from the start and Slovakia got off to a good start and we had to fight our way back.” said defenseman Moritz Muller. “I think we had a very strong second period and put a lot of pressure on them. For sure we deserved the two points in the end.”

Germany’s next match is again at the Lanxess Arena in Cologne. They face 7th placed Denmark in Group A on Friday.