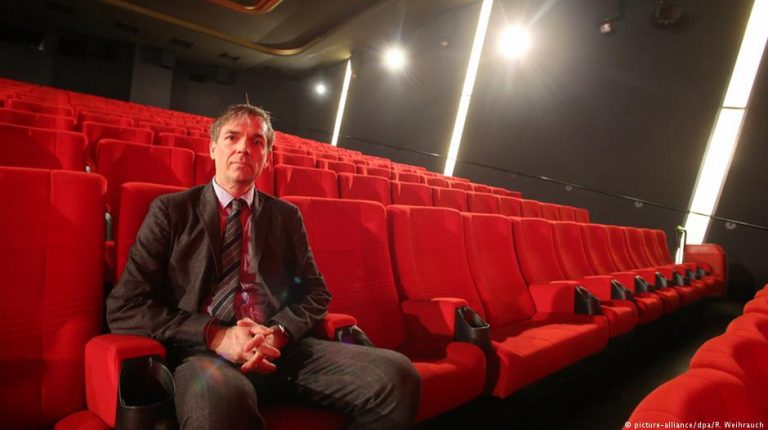 How important are short films in the age of the internet? Lars Henrik Gass, who has headed the Oberhausen short film festival since 1997, spoke to DW about the 63rd edition of the event and the future of the genre.DW: Did you think in 1997, when you took over the festival, that people would still be interested in short films 20 years later? After all, they were already a rarity in the movie theaters back then.

Lars Henrik Gass: I freely admit that I’ve never seen myself as a specialist in short film, not in 1997, not today. Besides, I also think that people don’t necessarily need to know what a short film is. We could just as well do other things as long as they meet our standards.

Back in 1997, there were some factors working in favor of conserving the genre, also in its function as a preliminary film shown before the main feature. In the meantime, that idea has been dropped – fortunately so, I think. Trying to restore art forms in a conservative fashion, or to maintain them on the market, doesn’t work.

It’s much more interesting to observe in which forms short film is developing. That’s why, back then, we turned to pop culture and especially music videos. Also that, of course, is now history. Nobody is surprised when music videos are shown at film festivals. That was still a different story 20 years ago. I do remember some heated debates about whether or not it was acceptable to present commercials at a quality film festival. But I think the kind of films and music videos that we chose showed what we had in mind.

You’ve expanded the festival by including new developments and by integrating new formats into the program. Which changes were the most important?

The biggest challenge was, and still is, to revive such a difficult genre like short film over and over again. It’s equally difficult to define target audiences. That’s our main task, as well as our biggest challenge. In some film genres there is a relatively stable group of experts, for example documentaries, animation and, of course, feature-length films. But when it comes to short film, there’s a high degree of fluctuation concerning the filmmakers and the producers, and specialized audiences as well.

That’s why, during the past few years, we have always thought about which target groups could possibly be associated, or brought into contact, with short film. In short: the question of where short film is moving is always on our minds. We want short film to raise awareness about the development of film language.

Is the link between short film and the internet now a permanent part of the festival – YouTube, for example?

That, of course, is an interesting aspect to which we have given a lot of thought – are film festivals in general the adequate format in which to watch films? In a world where work and leisure time are more fluid, we are now seeing a development – also in television – in which people tend to watch films whenever they want, and not necessarily at the time when they are actually being aired. These are profound technological and social changes.

We are convinced, however, that film festivals have two advantages over the internet. The first advantage is that film, as a product of cultural technology, doesn’t consist only of moving pictures. Watching a film in a darkened movie theater together with other people is a totally different experience from watching it alone in front of a small screen. That’s something that makes film festivals attractive. Whether or not you succeed in attracting people with that argument, that’s a different story.

And what’s the second advantage?

The misguided idea that film heritage can be saved or maintained by simply digitizing films. It’s a thought that frequently comes up when digitization is discussed. But a film is not like a Picasso painting that can simply be scanned. When you’re dealing with film you also have to keep this entire cultural technique in mind. For us, a film only starts to exist once it appears on the big screen. Only then can I experience it. And that’s something that film festivals are good at.

Online, the collective experience is reduced to very rudimentary forms consisting of “likes” and “dislikes.” Interaction is simply much wider in large social spaces like film festivals, or at theaters. These are two aspects that continue to make such events very attractive. Surprisingly, and fortunately, new audiences continue to show up.

What are the new trends this year? Considering the wide range of films, are there any discernible themes?

There aren’t any yearly trends. We cannot say that this year trends differ from last year, because trends are rather more of a long-term development. The borders between different film genres seem to be dissolving. That trend, which has been seen for some time in feature-length films, can now also be seen in short films.

There are certain reasons for that. One is that film institutions and film evaluation procedures have profoundly changed. That was also the case when it came to music videos. Once music television disappeared, the aesthetics of the genre was no longer so strictly regulated – and that was a positive transformation. So there is an aesthetic development that I find very exciting.

And in the internet era, a new definition of short film has emerged.

That’s another more recent aspect that I find even more interesting. By now, there are many people working not only in the arts, but generally speaking in small production units, who do their work without envisaging any kind of presentation in a movie theater. There is a – please forgive me for the word – post-cinematographic reality that people deal with. That means their work become very, very long, perhaps also because they have been intended as loops shown in an exhibition. People no longer aim to produce works meant to be watched over 20 minutes in a theater – instead, they produce works for an exhibition. Perhaps because they also expect that two-minute clips of these works will be presented at a festival or in a museum.

All that strongly affects a work’s dramatic composition, because it’s not about presenting a beginning and an end, a development from A to B. It’s rather about a single look that allows the viewer to grasp the film in its entirety, be it in the form of very short clips online or shown in a loop at an exhibition. That trend has also become apparent in the aesthetics of these films.

The interview was conducted by Jochen Kürten, and has been condensed and edited for clarity.

10 things you should know about the Berlinale