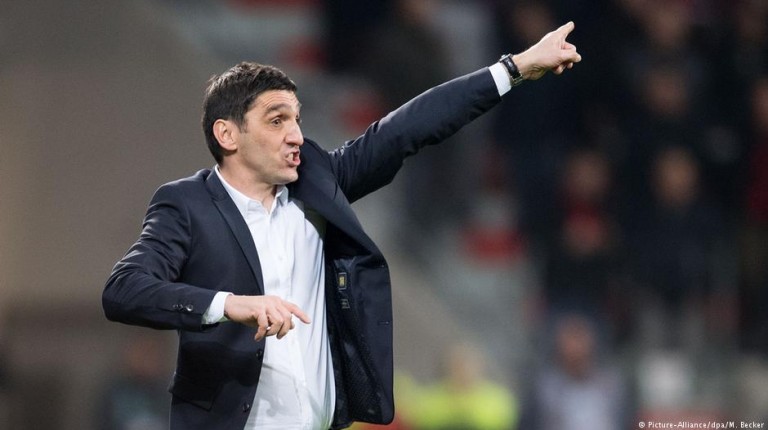 Tayfun Korkut’s unhappy reign at Bayer Leverkusen will end with the Bundesliga season next weekend. Leverkusen secured their safety on Saturday, but will have a new man in charge next season.The Werkself’s 2-2 home draw with local rivals Cologne has ensured they will in fact play Bundesliga football next season. But the fact their safety was still in doubt this close to the end of the campaign speaks to what a disappointing domestic campaign the club have endured. They finished last season in third.

Korkut took over in March from Roger Schmidt but wasn’t able to arrest the slide. The former Turkey international has averaged less than a point per game since taking over.

Leverkusen had to dig deep to come back from a two-goal deficit against Cologne and earn the crucial point that will keep them in the Bundesliga regardless of the results when they take on Hertha in Berlin next Saturday.

“We are thankful to Tayfun Korkut for having taken over at a difficult time,” said club CEO Michael Schade. “But football is a results sport and unfortunately the results were not right.”