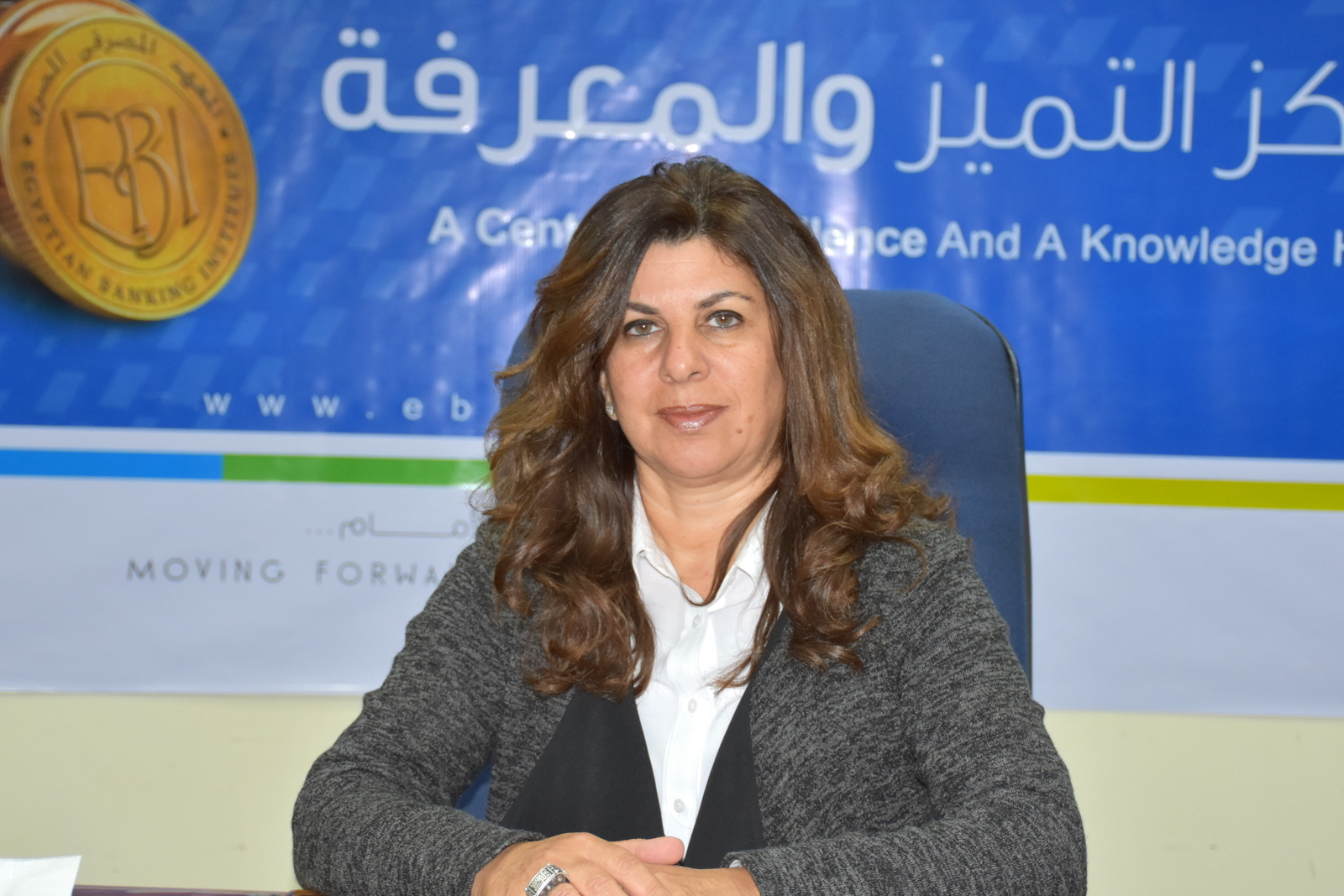 The Moroccan Attijariwafa Bank, which recently acquired Barclays Egypt, seeks to become one of the 10 largest banks in Egypt in the next seven years, according to the chairperson and CEO of the group, Mohamed El-Kettani.

In a special interview last week, Daily News Egypt asked El-Kettani about his hopes for what the bank can achieve in Egypt after acquiring Barclays Egypt. He answered that the group intends to become one of the 10 biggest banks in Egypt within seven years across different activities, including deposits, loans, profits, and all financial and banking activities.

In response to what new products the group is bringing to the table in Egypt or what distinguishes it from competitors, El-Kettani said that, thanks to expertise in Africa and all other countries, they have established an integrated financial and banking group with interest in the middle class and with micro and small enterprises. “If we succeed in this field within the next five years in Egypt, we will consider this an achievement to our goal,” he added.

Attijariwafa Bank has signed an agreement to buy Barclays Egypt with Barclays International Group on 4 October 2016, one month before the flotation of the Egyptian pound.

When we asked El-Kettani if the flotation disturbed their plans, he said that they are not worried about the pound flotation. “We studied the Egyptian market and the national economy. We had expectations that the Central Bank of Egypt (CBE) would move the currency but did not know to what extent,” he said.

He noted that when the group entered the Egyptian market, it was aware of the country’s economic and social conditions, as well as the intended reforms that are now giving some good indicators.

In response to another question about the growth rates targeted by the bank in various sectors in the coming period, El-Kettani said that it will be hard to set a target before three months, which is when the group intends to complete putting together a strategy for its work in Egypt.

Last Sunday, the bank held a press conference to disclose the details of its acquisition of Barclays Egypt and to outline its plan of action in the Egyptian market in the coming period.

During the conference, El-Kettani said that the bank’s management has drawn up a strategic plan for its work in the Egyptian market over the medium term.

He added that the group aims to consolidate the gains made by Barclays Egypt as a private bank for high-income clients.

The bank’s plan, according to El-Kettani, also includes benefiting from its experience in Europe and the Middle East to develop suitable and distinct offers for remittances of Egyptians living abroad.

He said that the group will also make suitable offers to include the micro, small, and medium enterprises in the banking sector; design a special model for their financing, based on the principle of classification and collection of loans instalments in a suitable manner; and establish more rules that commensurate with the specificities of this category.

El-Kettani noted that the bank also aims to work with major companies in Egypt due to the group’s experience in the field of project financing, consulting, financing of trade transactions, and risk management (especially those related to market activities).

The plan also includes the development of the professions related to asset management, stock exchange brokerage, securities and capital market activities, as well as insurance.

“The group has a great interest in financing infrastructure projects in Egypt to help the country with the expertise we have in this regard,” El-Kettani said.

He explained that the group has considerable experience in financing infrastructure projects in Morocco, especially with regard to airport financing or energy projects of various kinds.

On the importance of the Egyptian market for the group, El-Kettani said that it intends to benefit from Egypt’s unique geographic location as a gateway to the Middle East and North Africa (MENA) and to contribute to the strong and continuous economic integration of these regions with other African countries in which the group is present.

He added that the group has had great interest and desire to enter this market for years, and has the conviction that Egypt is economically and socially very promising in the field of banking.

El-Kettani noted that only 15% of Egypt’s population deals with banks, while countries like Morocco register about 73%.

In a different context, El-Kettani said that there will be a transitional period for the group’s work in Egypt in the near term. During this phase, the brand will be changed from Barclays Egypt to Attijariwafa Bank to take advantage of this widespread brand in Africa.

He added that a comprehensive restructuring of the bank’s information system will be carried out within a year from now in a way that serves the bank’s customers quickly and continuously and enables the bank to offer its services and develop new customer service channels.

He noted that this will be done in parallel with the selection of an international consulting office working with an integrated team of experts from Egypt and Morocco to develop a strategic plan for the work of the bank during the next five years.

The group is now choosing between three offices: McKinsey, Oliver Wyman, and BCG.

El-Kettani said that choosing the firm will be done in cooperation with the bank’s management in Egypt within days to finish preparing the strategy within three months.

The Egyptian Exchange (EGX) had announced executing a deal of selling 9,951,000 shares of Barclays Bank of Egypt to Attijariwafa Bank for $494.997m.

El-Kettani said that the deal is worth twice the book value of Barclays Egypt in 2006 and seven times the expected net profits this year, stressing that the value of the investment will be recovered in five to seven years.

He added that the bank aims to increase its market share in Egypt from its current 1-1.5% to 5% in five years.

Asked if the group would inject new investments into the bank’s capital in Egypt, El-Kettani said this would happen if needed, according to the criteria set by the CBE.

He pointed out that the bank aims to boost the banking insurance activity in Egypt through Wafa Insurance Company and aims to benefit from its Wafacash Company to attract remittances of Egyptians working abroad, especially in Europe and to create new products and services for their benefit.

In response to a question about whether there is a plan to list the bank on the EGX, El-Kettani said this is an unlikely scenario.

Attijariwafa Bank is one of the oldest banking groups in Morocco. The group is now currently operating in 26 countries.

According to El-Kettani, the bank will enter Rwanda within a few days after taking over the second largest bank there. The group is also present in France, Belgium, Germany, Italy, Spain, and the Netherlands. It also has representative offices in London, Geneva, Montreal, Abu Dhabi, Dubai, Tripoli, and Riyadh.

The total shareholders’ equity of the bank is approximately $4.702bn, while the total budget is about $42.525bn.

Barclays Bank in Egypt has experience of over 150 years, with 56 branches across the republic, next to 72 ATMs.

About 1,500 employees are working at Barclays Egypt and serve around 180,000 clients.

According to El-Kettani, none of the current employees will be dispensed, noting that the bank is actually keen on hiring more experts to serve its expansion plan in Egypt.

The managing director of Attijariwafa Bank, Hala Sakr, said during the Sunday conference that the interest of the Moroccan group in being in Egypt is evidence of the importance of the Egyptian market, given the country’s potentials, such as its strategic location, the diversification of its economy, and its large population.

She added that the Moroccan group aims to become an effective player in Egypt through applying a new business model focused mainly on providing services for the middle class, finance small and medium enterprises, and implement financial inclusion.

According to Mohamed Sherif, a member of the board of directors and chief financial officer of the bank, by the end of 2016, the bank has grown by 9% in terms of net profits, after absorbing the shock caused by differences in the exchange rates that were a result of the pound’s flotation.

Sherif noted that an amount of EGP 663m in profits was retained to support the capital base, adding that capital adequacy rates are currently at 19%.