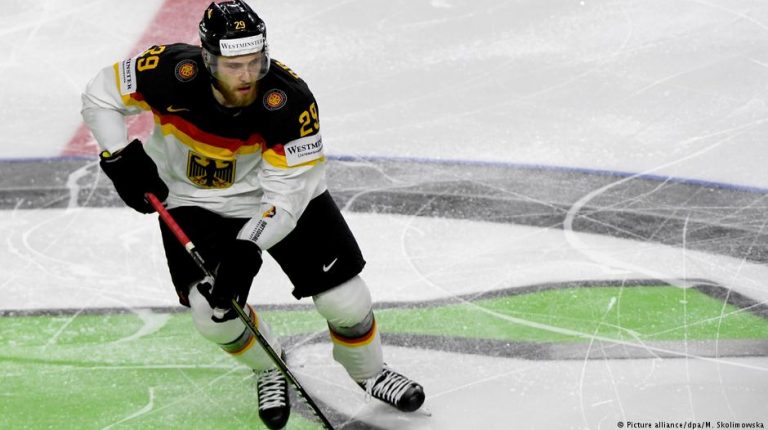 He’s here, and not a moment too soon. Leon Draisaitl has arrived in Germany and was on the ice for their win over Italy. Some home cooking on Mothers’ Day could help him recover the energy lost in the NHL playoffs.For an NHL player to turn up to the Ice Hockey World Championship after a very long season, he really has to want to be there, it is about national pride as opposed to monetary gain. The demands of this sport, particularly at its highest level, makes it hard to imagine a player who plays so many games getting into the month of April, let alone May without being exhausted and having the odd knock to deal with.

Leon Draisaitl, the third overall draft pick in the 2014 entry draft, is no different. When he spoke to German broadcaster Sport1 after the 4-1 win over Italy, it was clear how tired he was, but at the same time he was critical of his own performance.

“It was okay, I think that as a team we had very good spells, as for me, it was just okay. I am not 100 percent yet,” he said,. “I wanted to be here, so there are no excuses. I am sure that I will get better from game to game.”

Draisaitl’s exhaustion is understandable, since he had only arrived in Frankfurt on a flight from Calgary a few hours earlier, after his Edmonton Oilers had been eliminated in a tough seven-game series by the Anaheim Ducks in the Western Conference semifinals of the Stanley Cup playoffs. A two-hour drive later, Draisaitl found himself in his hometown, Cologne, where he grew up as the son of former national team player Peter Draisaitl.

In Germany, hockey fans revered Peter Draisaitl as a star in his own right, having represented the country in the 1996 World Cup of Hockey and at seven world championships, adding up to a total of 146 appearances for his country.

However, the elder Draisaitl, who was born in Czechoslovakia, never made it to the NHL, and as such, is probably best remembered in Canada, the home of the sport, for a shot in the penalty shootout in the quarterfinals of the 1992 Albertville Winter Olympics, which trickled “through” Canadian netminder Sean Burke, but stopped on the goal line- meaning Canada, not Germany advanced.

His son Leon, born in Cologne in 1995 while his father was in his second spell with the Cologne Sharks of Germany’s top ice hockey league, has taken his career to another level. Not only has he made it to the world’s best league, the National Hockey League (NHL), but over the past season, he has established himself as one of its brightest young stars.

Despite having played his 102nd competitive game this season – in the World Cup of Hockey, the NHL and now at the Ice Hockey World Championship in his hometown – Leon Draisaitl, appears determined to continue making an impact over the next few days.

“I think I have a bit of juice left in me. Of course here at home, in front of my family and my fans it is a little bit easier,” he said.

His mother’s home cooking may be just what the doctor ordered for this NHL star to recharge his batteries in time for the key game against Latvia on Tuesday. For Sandra, it will have been great just to have her son home from Canada on this Sunday, which in Germany just happens to be Mothers’ Day.

And by the way, Draisaitl may be too harsh a critic of his own performance – he did, after all, get an assist on Germany’s first goal against Italy.