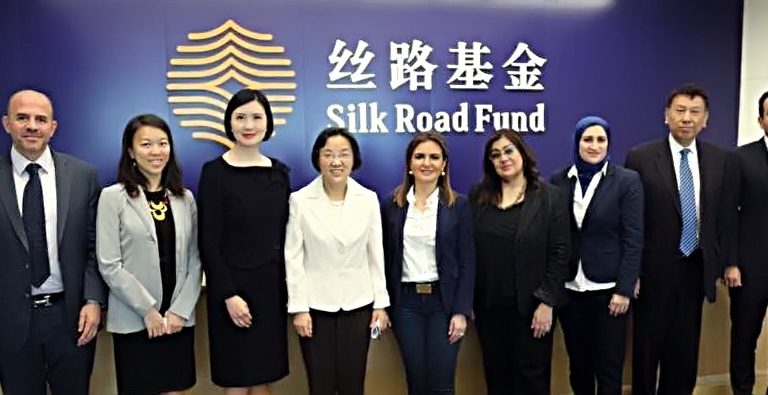 The fund’s capital is $40bn, we plan to support development projects in Egypt, says Qi

Minister of Investment and International Cooperation Sahar Nasr met on Monday with Jin Qi, the chairperson of the Silk Road Fund, on the sidelines of her participation in the forum of the One Belt One Road (OBOR) in the Chinese capital, Beijing.

The two sides have looked into ways Egypt can benefit from the financial opportunities offered by the fund to the states on the Silk Road within the initiative to reactivate it, launched by the Chinese president.

They also discussed the possibility of cooperating with several international financing institutions to support projects and establish joint projects between the private and public sectors.

The minister praised the strategic and developmental​ relations between Egypt and China, expressing their readiness to enhance China’s position among the countries investing in Egypt. There are 1,300 Chinese companies working in Egypt.

The minister has presented several economic and development projects that are considered the government’s priority during this period. They included the new Suez Canal Economic Zone (SCZone) and several transportation projects.

The minister called upon Qi to visit Egypt soon or send a delegation to see these projects in reality. The fund’s chairperson has expressed the fund’s desire to support these projects.

Qi pointed out the role played by the fund since its establishment in December 2014 in investment, financing, and supporting international cooperation within the initiative of the economic belt for the Silk Road in the 21st century, known as OBOR.

The Silk Road Fund is considered the largest investment fund in China, where the Chinese president announced its establishment with a capital of $40bn in December 2014 with the help of financing from some Chinese banks and financial institutions.

Nasr and Qi have agreed to carry out cooperation between the ministry and the fund to finance Chinese investments in Egypt in the field of infrastructure, construction, and joint projects between the private and public sectors through injecting Chinese investments to activate projects, increase entrepreneur incubators, and develop the skills of young people in emerging projects in investment zones.